Before and After 2050: The Logic of Peace in Mot-Paradise 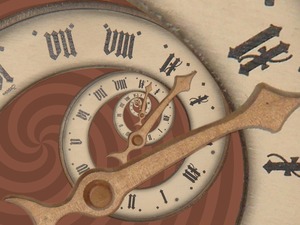 This piece was read by Ngũgĩ wa Thiong’o at the opening night of the 2015 PEN World Voices Festival. The theme of the night was “the future is now,” and leading writers from around the globe were asked to present their worst- and best-case scenarios for where the world may be in the year 2050.

What happened in the year 2050 still puzzles me to this day, that is now, twenty-five years before the event. But the before it, might as well be the after it, for who was that crazy Greek fellow who said that as above so below—Heraclitus? Or was it, the way up and down are the same—Hermes Trismegistus? I confuse them, their names that is, their sayings too, they are all Greek to me. Moreover, the two could as well be Egyptian, what’s the difference? They were always out of each other’s houses, Athens and Alexandria being in the same neighborhood around the waters, stealing words from each other. Words, you ask? Yes of course, there was a time before Time when the word was all the world, well, because the word came before the world, although, before the word, was sound, and before sound, silence, so even silence is the beginning of the word and hence the world? The word is in the sword and the world. A bit confusing, crazy, you say?

That’s the point. I ask myself: Were we crazy? Could we not see? Then I say: Although we were all in our teens, we were just children, and children cannot tell the difference between the before and the after, the going and the returning, silence and sound, nothing and being or their connections!

I know this because once I saw a father trying to teach his one-year-old to walk. She clung to her father. It seemed she thought her body foreign to her, and so why not trust the more familiar to her, her father’s hand? She had long hair, tied into two ponytails that fell over her shoulder. She stood up; she reached out for her father’s hand but grabbed the dangling ponytail. Holding on to it, she walked quite a distance, until she realized that the ponytail was not her father’s hand. She fell down screaming for her dad, who rushed to reassure her. You see what I mean, that it is possible, not to see or trust the real connections?`

I am not trying to deflect blame. I was there, that is, twenty-five years before the event, and if I use the past tense, it is in keeping with the identity of the up and the below, the before and the after. Let me start with the facts of the matter.

No, no, we were not babies, like the one-year-old in the example above, but teenagers, boys and girls, 193 of us, from every corner of the globe. Our parents were members of the Global Parenthood for Peaceful Living. They campaigned against a world in which even children carried knives. In those times, that is before and after 2050, knife fights were very common. There were even festivals of knives; schools for knives; knife factories; knife-sharpeners; and many other spin-offs from the knife industry. Tired of the failure, they thought of creating a new world of peace as a model of all the worlds.

They put us in a one-way travel machine to the floating island they named Worromot. So as not to lose all contact with the earth, they gave us each a music chip. Otherwise we were sworn to maintain our new world with words, not swords. Worromot depended on it. It does not take a genius to re-scramble the letters and come up with Tomorrow. But when we eventually landed, after going to and fro in time, we shortened its name to MOT. We became Motters, that is, the new citizens of Mot.

It was a wonderful world without knives, knife fights, or even recreational knife play. We did not even fear fights among us, we all had hands, we were equally in a position to self-defend. For we had been carefully selected to ensure that we could survive in Mot with our natural abilities. More importantly we knew we could settle differences with words.

To this day, that is the day before, during and after 2050, I cannot tell how a fight broke out among us. A fight over bread. You see, before, we just had what we needed to satisfy hunger. But now this boy who on earth came from Westaphonia, wanted to have more than the rest of us, which meant that a few of us would have to eat less so that he might have more. We refused to part with our share. Suddenly and seemingly out of nowhere, he flipped a knife.

He bragged that he had toyed with his music chip to make it design and make knives. We tried to argue with him, but each time he was about to lose an argument, he would threaten us with his knife; in fact one time he did actually draw blood, the first and only drops of blood in Mot-Paradise. But soon a few others manipulated their chips to do the same thing. What if we all got knives, some of us argued. Please let us destroy the knives and all the chips, all at once.

That’s when the boy from Westaphonia came up with an argument. And to this day, I don’t know how he convinced us all: that the danger was not in the actual knife possession, but the knives the others, less responsible than he, might make in the future. What about those who had already discovered how to make their chips design and make knives? Oh, those with knives posed less of a threat to Mot-Paradise than those without. Before he and the few others could lay down their knives, the others had to prove that they had not and would never have or even entertained the means to make knives.

That was 2050 for me. A sensible plan for us all to destroy the knives we had, then eliminate all the chips with knife-making capability, was replaced by that of stopping knives not yet made. Those who had the chips, but had not yet made knives, would have to prove, to the satisfaction of those that had knives and especially to the one who had actually used it in Mot-Paradise, that they had no intention, now or ever, to produce knives.

That’s why even today, twenty-five years before and after 2050, I ask: how did we come to accept that logic of Peace in our Mot-Paradise?