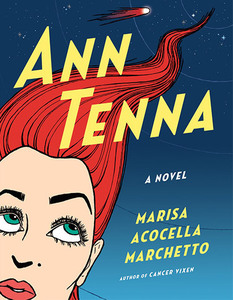 This week, we feature an excerpt from the graphic novel Ann Tenna, by The New Yorker cartoonist Marisa Acocella Marchetto. Set in the bizarrely funny world of New York-based gossip media, Ann Tenna recounts the story of its titular character, an influential gossip columnist and the founder of the website Eyemauler. Marchetto, who is also the author of the bestselling graphic memoir Cancer Vixen, will headline the launch of the fall DIY season at New York’s Ace Hotel on Tuesday, September 8. 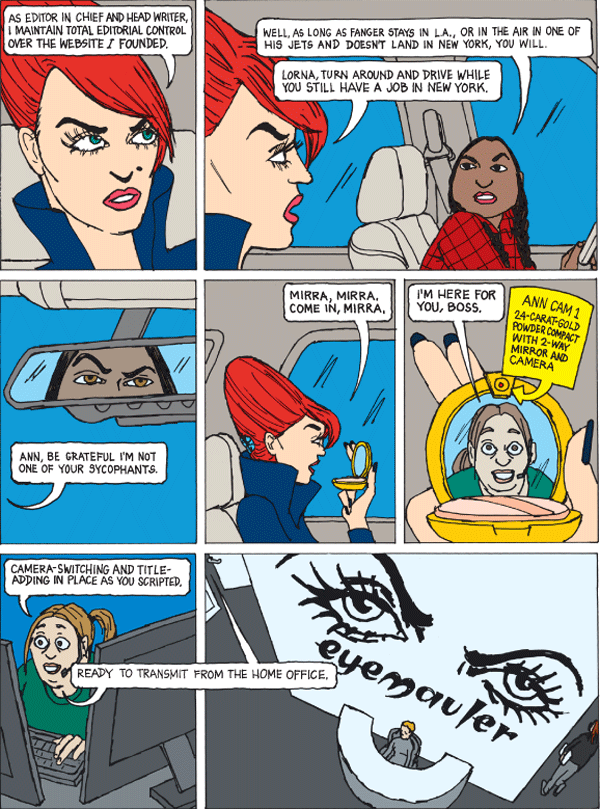 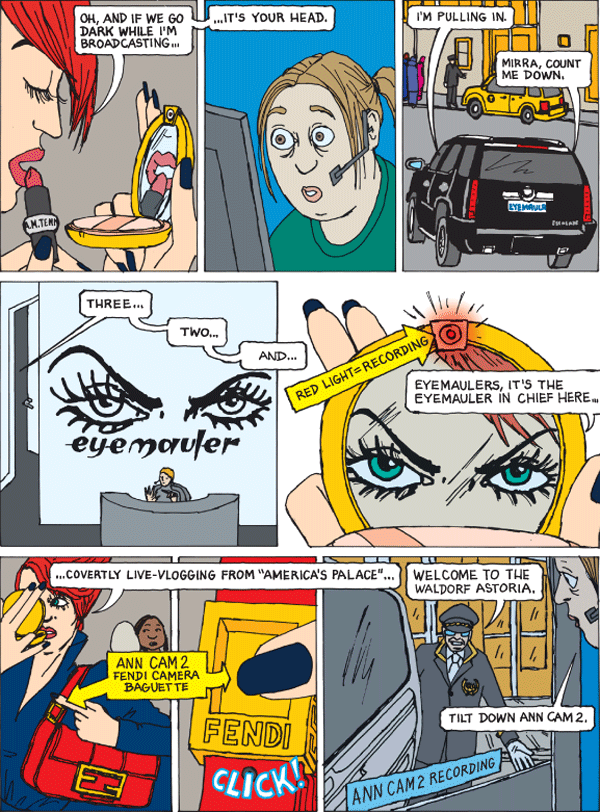 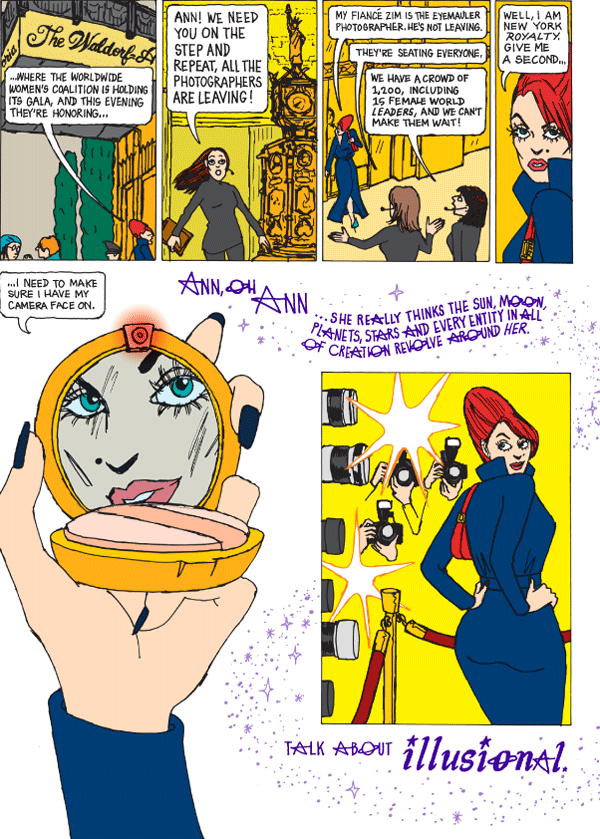 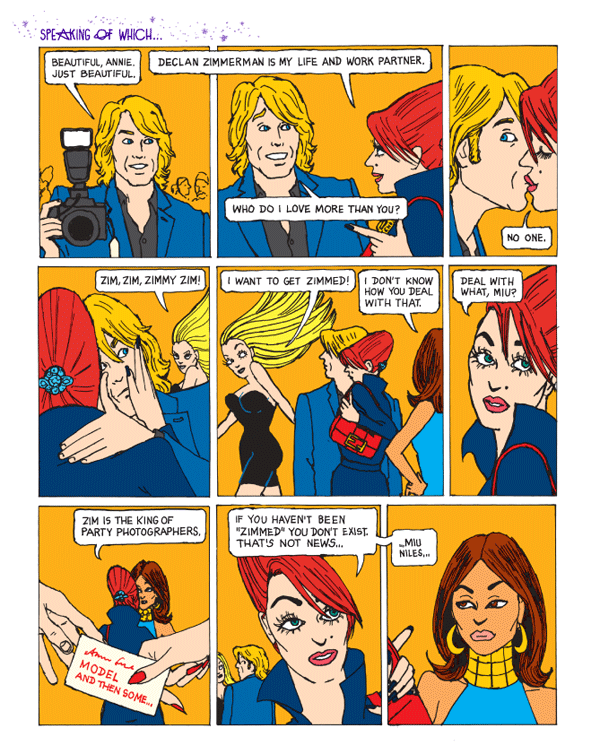 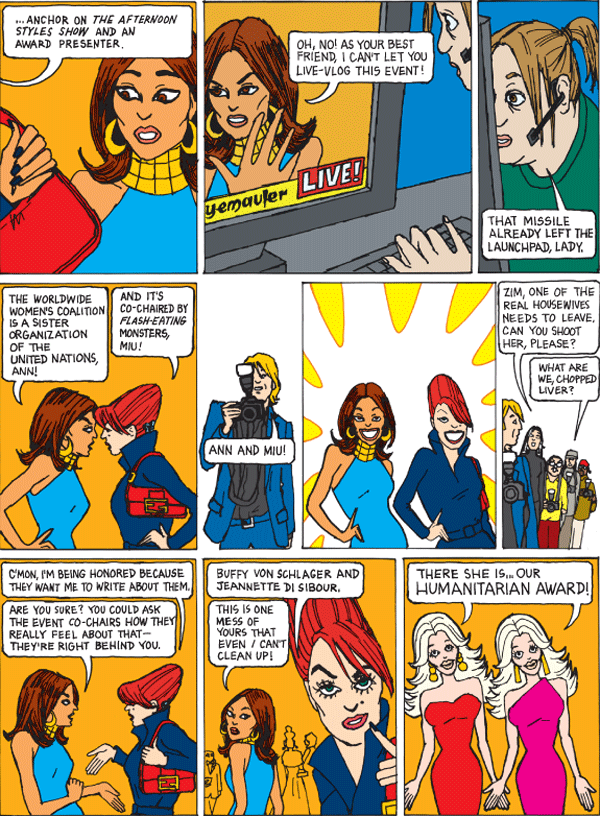 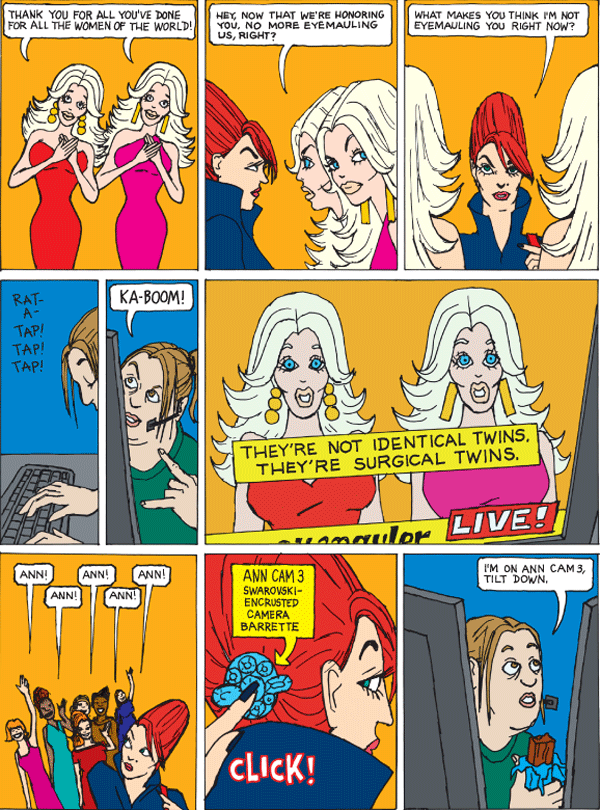 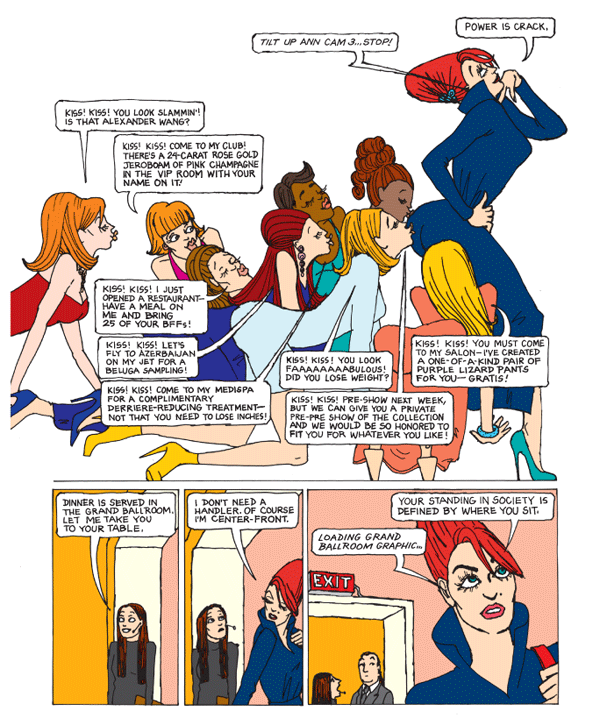 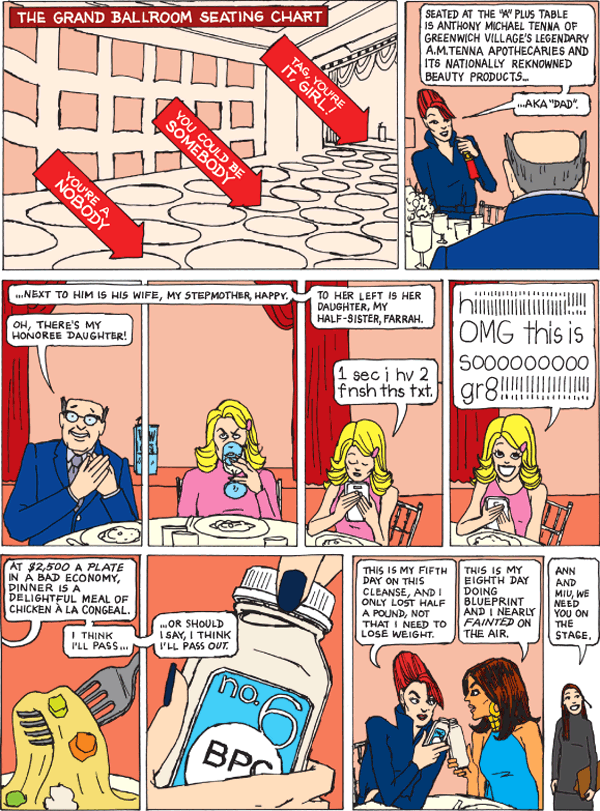 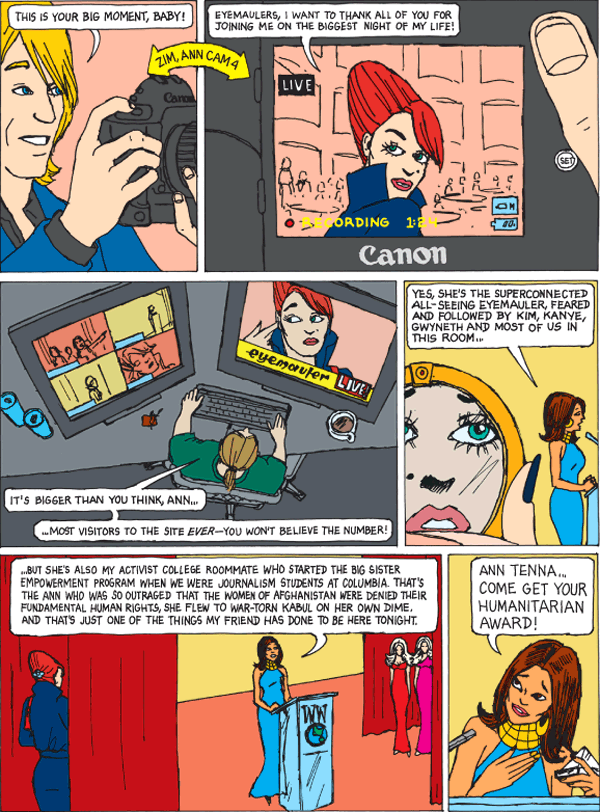 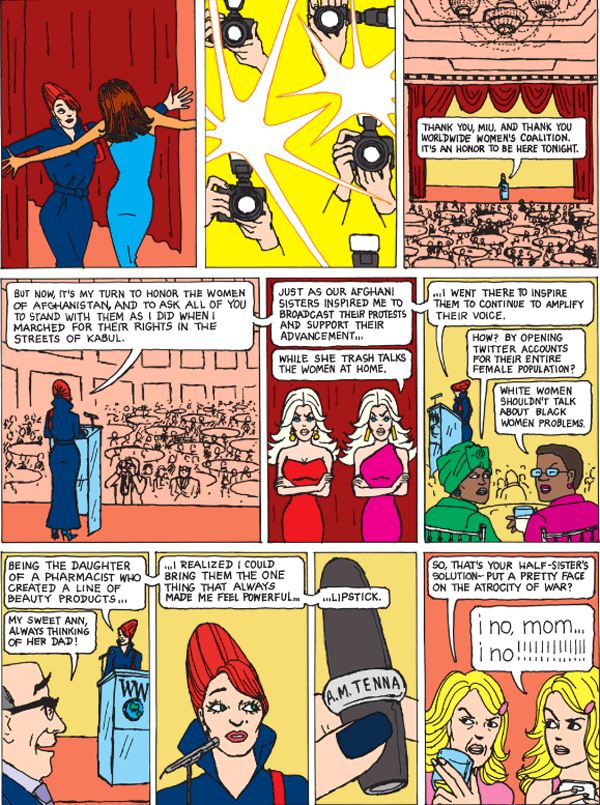 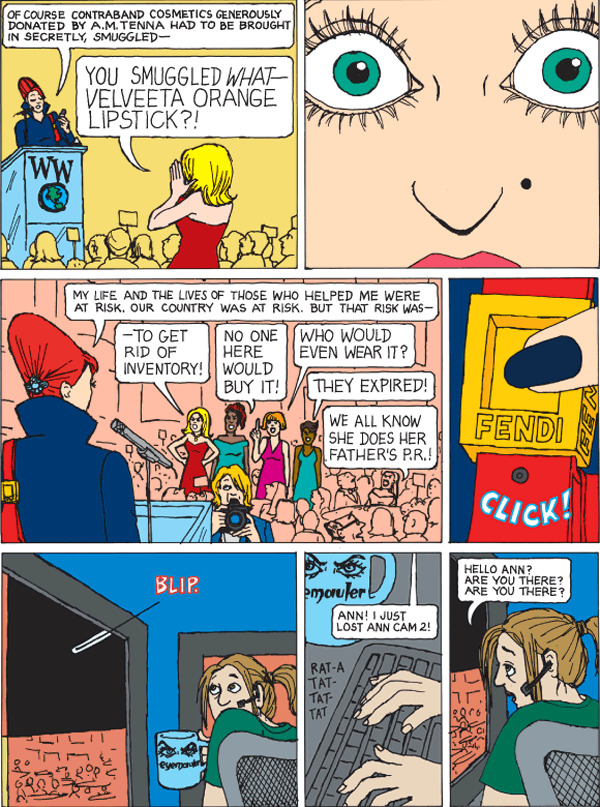 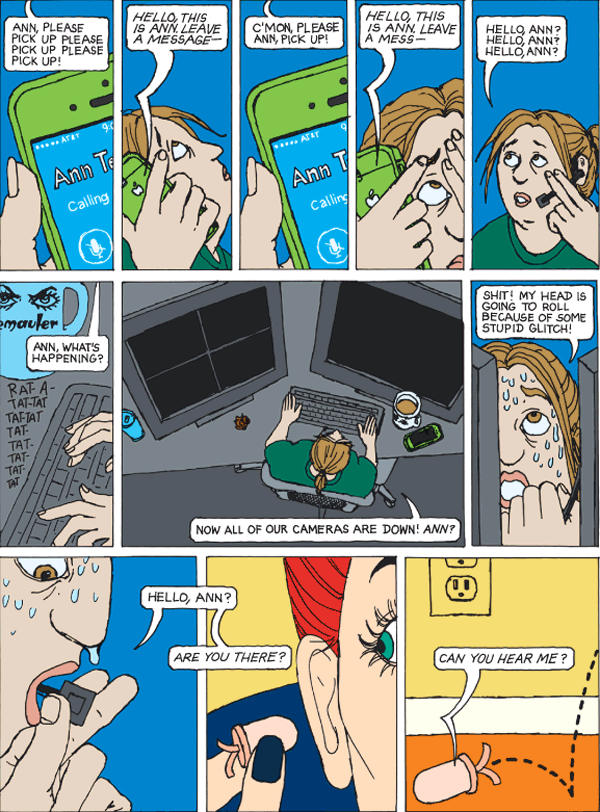 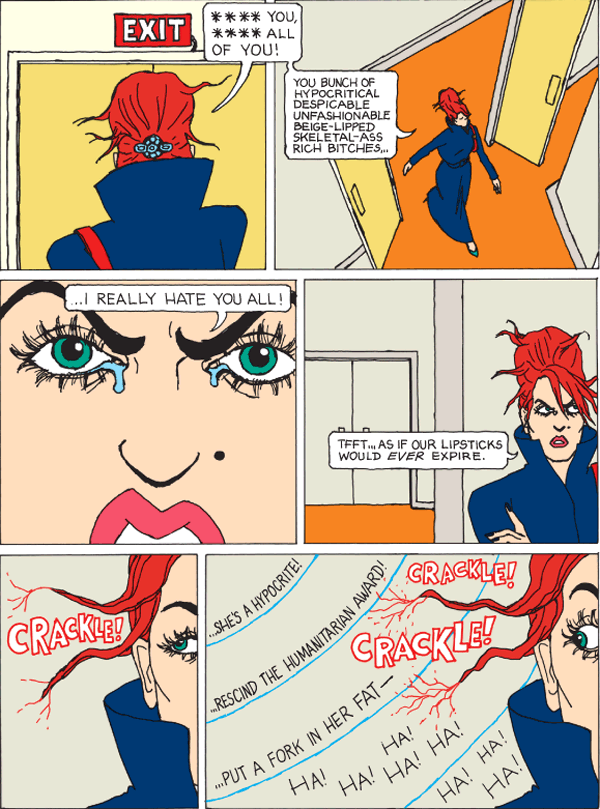