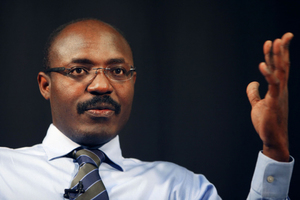 We, the undersigned individuals and organizations, are writing to you to express our strong concerns about the prosecution on criminal defamation charges of journalist Rafael Marques de Morais. Despite what was understood to have been a negotiated agreement between Mr. Marques de Morais and government authorities late last week, we are deeply concerned that that agreement is now being reversed. Instead, it appears that the court will issue a verdict in the case later this week; a conviction could result in a prison sentence and the indefinite revocation of his passport.

This case reflects a broader deterioration in the environment for freedom of expression in Angola, including the increasing use of criminal defamation lawsuits against journalists and routine police abuse of, and interference with, journalists, activists, and protesters peacefully exercising their right to freedom of expression. We urge you to take immediate steps to reverse these worrying trends.

Mr. Marques de Morais has been regularly and repeatedly harassed by state authorities because of his work. The 24 criminal defamation charges lodged against Marques, for example, are only the latest attempt by Angolan officials to silence his reporting. Marques has alleged a range of high-level corruption cases and human rights violations in his blog, and pursued sensitive investigations into human rights violations in Angola’s diamond areas. We are unaware of any serious effort by the Angolan attorney-general’s office to impartially and credibly investigate the allegations of the crimes for which he has been charged.

Your government appears to be using Angola’s criminal defamation laws to deter Mr. Marques de Morais from his human rights reporting. By doing so, the government is violating his right to freedom of expression as protected by Article 9 of the African Charter on Human and Peoples’ Rights and Article 19 of the International Covenant on Civil and Political Rights. Preventing him from reporting on human rights violations is contrary to the United Nations Declaration on Human Rights Defenders.

The prosecution of Mr. Marques de Morais also stands in opposition to the December 2014 judgment of the African Court on Human and Peoples’ Rights, which ruled in the case of Lohé Issa Konaté v. Burkina Faso that except in very serious and exceptional circumstances, “violations of laws on freedom speech and the press cannot be sanctioned by custodial sentences.”[2] Laws criminalizing defamation, whether of public or private individuals, should never be applied, including in these circumstances given that Marques was raising concerns about human rights abuses in the country’s diamond mines. Criminal defamation laws are open to easy abuse, as the case against Marques demonstrates, resulting in disproportionately harsh consequences. As repeal of criminal defamation laws in an increasing number of countries shows, such laws are not necessary for protecting reputations.

We strongly urge you to take immediate steps to make clear that the government of Angola respects the right of journalists, activists, and others to enjoy their right to freedom of expression. Furthermore we encourage you to immediately pursue efforts to abolish Angola’s criminal defamation laws.

Thank you for your attention to this important matter.