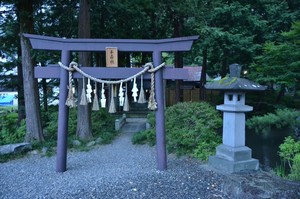 This piece was submitted by Hideo Furukawa as part of the 2014 PEN World Voices Online Anthology.

Loosely I perceive. I perceive myself to be in some kind of enclosed space. I have no grounds for thinking this, it is an absolutely groundless hypothesis—yet I think I can justify the grounds for its groundlessness. For one thing, there is a breeze. The breeze wafts through the place. In other words, the air stream is not blocked, so there are virtually no surrounding walls. I can conclude therefore that there are no walls. And the breeze is most pleasant. I look upward—and suddenly the second ground supporting my groundless hypothesis enters my field of vision: the firmament, celestial sphere, sky of night. It hovers directly above me. A full moon hangs there. Or would it be more accurate to describe this moon as virtually full? I vacillate somewhat. After all, I do not possess the ability to distinguish the night preceding the full moon from the night after the full moon. Nor can I distinguish the full moon from those other two moons. Is there anyone who can tell the three of them apart at a glance? Is it perceptually possible? I must confess (with some shame) that very often a single full moon seems to last three nights for me, starting on the fourteenth night of the lunar calendar… But enough of this. Let me change the subject. Any of these three moonlit nights are perfect for hunting. What I wish to discuss now is—hunting. For it is the thought of chasing game that…