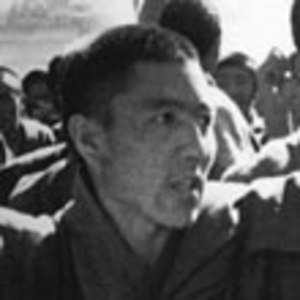 Ven. Ngawang Phulchung was released from Chushul Prison around October 21, 2007. The release came six months before his sentence was due to expire, and marked the end of one of the longest imprisonments of any political prisoner in Tibet. Ngawang is currently reported to be with his family in Toelung Dechen County, but is in very poor health due to torture and inhumane treatment he suffered in prison.

Ven. Ngawang Phulchung is the senior monk from Drepung monastery near Lhasa. He has also been singled out as the leader of the Drepung printing group, which secretly produced literature critical of the Chinese occupation of Tibet in early 1988. The publications of the group included a Tibetan translation of the Universal Declaration of Human Rights and a political manifesto, “The Meaning of the Precious Democratic Constitution of Tibet,” which called for a democratic system based on Buddhist tradition. The group also produced pro-independence leaflets that were designed to be stuck on walls in Lhasa. One describes how Tibetans were shot dead by police in pro-independence demonstrations, and is considered unusual in that it presents a sober account of the event rather than exaggerating the details for propaganda purposes.

Following peaceful demonstrations by Drepung monks in 1987, the Drepung printing group was discovered and remained under constant surveillance by the Chinese authorities in 1988. For a time the group managed to continue publishing their work, but in September 1988 the Chinese began a re-education program at the monastery.

On November 30, 1989, Ngawang and fellow monks Jampel Changchup, Jampel Chunjor, Ngawang Gyaltsen, and Ngawang Oeser were all sentenced in a mass rally for their involvement in the Drepung printing group. Ngawang, now aged 43, was sentenced to 19 years in prison, as were Jampel Changchup and Jampel Chunjor; Ngawang Gyaltsen and Ngawang Oeser were sentenced to 17 years’ imprisonment. It is thought that the long sentences given to those involved in the Drepung printing group were intended as a warning to Tibetan independence advocates. The monks were accused of setting up an “illegal separatist movement” or “counter-revolutionary clique” and of “collecting information and passing it on to the enemy, seriously undermining national security.”

The official radio service reported that the group “deliberately planned to form counter-revolutionary organizations, put up posters, spread rumors and collect information. They frenziedly conducted criminal activities to split the motherland. Let the sentence on Ngawang Phulchung serve as a stern warning for separatists both at home and abroad that those who split the motherland will come to no good end.”

When writers, journalists & others feel unsafe on social media, they are often silenced or driven offline altogether. Adding an SOS button & emergency hotline would be a major step toward safer online spaces. #FightOnlineAbuseNOW https://bit.ly/3zJxCaU

This #MediaLitWk, we celebrate the power of #medialiteracy skills to keep communities well informed & connected. Thanks to NAMLE (@MediaLiteracyEd) for hosting this party every year! For now, here are 5 quick tips for defending against disinformation: https://bit.ly/3CkyeFC.

Today is the 7th birthday behind bars for #IlhamTohti, Uyghur economist & 2014 #FreedomToWrite honoree, sentenced to life in prison for his writing fostering dialogue between Han Chinese & Uyghurs. He is held incommunicado, with no contact to his family. http://bit.ly/3B7c4Fk