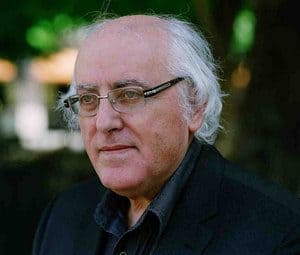 Mohammed Benchicou is the former director of Le Matin, a private daily newspaper that maintained an independent, critical editorial line toward the Algerian government.

On August 23, 2003, Benchicou was apprehended by the police at Algiers airport on his return from France and charged with currency control violations, in a move widely understood to be an attempt to silence Le Matin in the run-up to the 2004 Algerian presidential election.

In 2006, PEN America honored Benchicou with its annual Freedom to Write Award.

Benchicou’s arrest was reportedly ordered by the Algerian Interior Minister Yazid Zerhouni, who Le Matin had accused in a 2003 article of involvement in torturing prisoners in the 1970s during his service as a military security commander. At a press conference in Djelfa in 2003, Zerhouni stated that Benchicou would “pay” for the accusation. Benchicou further angered officials in early 2004 when he published a satirical book about the Algerian president entitled Bouteflika, An Algerian Fraud. Benchicou was reportedly the first person ever to be imprisoned in Algeria for bringing money into the country in any form.

On June 14, 2004, Benchicou was sentenced to a two-year prison term and received a fine of 20m dinars (approx. US$280,000). The sentence was upheld on appeal on August 11, 2004, and Le Matin was closed down that same month. On April 20, 2005, Benchicou’s prison sentence was increased by five months as a result of two separate libel charges in connection with the publication of two articles in Le Matin. Benchicou had approximately 50 other cases pending against him and was reportedly taken to court once or twice a week for press charges dating back to 2002.

Conditions are harsh in El-Harrach Prison where Benchicou was detained, with 50 prisoners to a cell and infestations of lice and cockroaches. Visiting is extremely restricted–Benchicou was only able to see family members for 10 minutes per week. Benchicou’s wife reported that his health deteriorated as a result of his imprisonment, causing him to suffer from arthritis to the point where he could no longer write with his right hand. Despite numerous requests for necessary medical attention, Benchicou did not receive medical care at any time during his imprisonment.

Mohammed Benchicou was released from prison on June 14, 2006, upon the completion of his sentence and now has freedom of travel. Although he has now been freed, Benchicou continues to face censorship in his home country. His novel Le Mensonge de Dieu, published in France in 2011, was banned in Algeria.