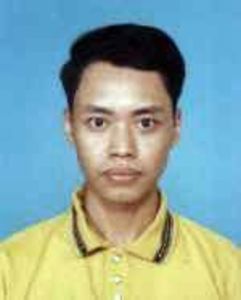 Lê Chi Quang was released from prison on June 14, 2004, two years before the end of his jail sentence. His kidney ailment has been cited as the possible reason for his early release.

Lê Chi Quang is a lawyer and computer teacher who has written several essays criticizing the government. These essays were distributed through the Internet.

Lê Chi Quang was arrested on February 27, 2002 at an Internet café in Hanoi and charged with “acts of propaganda against the state of the Socialist Republic of Vietnam” and “communicating with overseas elements via the Internet.” PEN believes he was arrested in connection with an essay entitled “Beware of Imperialist China” that argued that the Vietnamese government had made too many concessions in the Sino-Vietnamese land and sea border agreements of 1999 and 2000.

In August 2002, officials reportedly informed Quang’s mother that her son would soon be tried under Article 88 of the Criminal Code, which bans the distribution of information that opposes the government. His trial was scheduled for October 28, but was postponed when the judges claimed that they needed more time to prepare. The trial took place on November 8, 2002 in a closed court; that same day he was sentenced to four years in prison followed by three years’ house arrest. While the chief judge told foreign reporters that Quang admitted his guilt, the Free Vietnam Alliance reported that he was in fact “forced to answer ‘yes’ or ‘no’ to the allegations against him, and that although Quang admitted writing essays and distributing them over the Internet, he refused to admit that these actions were criminal.”

During the trial, Quang’s attorney was not allowed to present a case in his defense and only relatives were allowed in the courtroom. Some 100 friends and supporters gathered in front of the courthouse in protest. Tran Dung Tien, a former soldier, was detained after reading a statement outside the courthouse denouncing the proceedings.

Quang’s arrest and harsh sentence is part of a larger crackdown on Internet activists by the Vietnamese government to discourage citizens from criticizing or speaking out against the government despite constitutional guarantees of free speech.

Lê Chi Quang is also an Honorary Member of PEN Canada and PEN USA West. He is one of the 2004 recipients of the PEN/Barbara Goldsmith Freedom to Write Award.