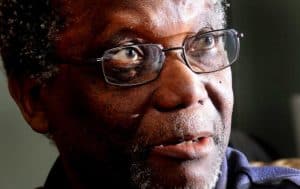 Jack Mapanje is Malawi’s only internationally known poet. He was imprisoned in 1987 after publishing his first book, Of Chameleons and Gods, which came out in 1981 and which the Malawian government later deemed to be critical of then president Hastings Banda. The arrest came just after Mapanje had accepted a writer-in-residence post at the University of Zimbabwe, which he was forced to relinquish as part of his detention. Mapanje was awarded the 1990 PEN/Barbara Goldsmith Freedom to Write Award and was released a year later, in 1991, thanks in part to an international campaign from prominent writers such as Susan Sontag, Harold Pinter, and Wole Soyinka.

Born in 1944, Jack Mapanje earned his BA in Education from the University of Malawi, an MPhil in English from the Institute of Education London, and a PhD in linguistics from University College London. In 1975 he returned to Malawi to teach English at the University of Malawi, and eventually rose to the position of department head. His work has always examined political themes, and in a 2007 interview with The Guardian he said “I started writing when I discovered that the politicians in my country were telling a lot of lies. So I thought, even if nobody reads me, I’m going to tell a bit of truth.”

His first book of poetry, Of Chameleons and Gods, was published in 1981, but in 1985 the government deemed it to be too critical of the president, and it was banned. In 1987 Mapanje was arrested and detained without a trial or charges. He was released in 1991. During this time, he wrote the poetry collection The Chattering Wagtails of Mikuyu Prison (1993) and most of Skipping without Ropes (1998). He currently teaches creative writing and Literatures of Incarceration at Newcastle University in the United Kingdom.

Chenjerai Hove Reads from Skipping Without Ropes by Jack Mapanje