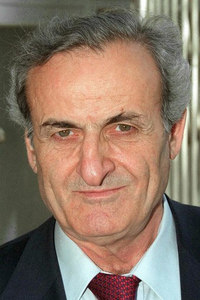 Dr. Dalila was released from prison on August 7, 2008. Soon after his release, he told the BBC that “his views had not changed and that he would continue to voice them.”

Dr. Dalila had been held in solitary confinement in the political section of the Adra prison in Damascus since his arrest. He is reported to be in poor health, suffering from both diabetes and heart disease. Reports indicate that he suffered a stroke in 2006. His condition has been further exacerbated by the poor living standards and harsh treatment within the prison. He reportedly staged a hunger strike in July 2005 in protest against his solitary confinement and ill treatment. He is said to have recently undergone heart surgery, and may need further treatment in the near future.

Dr. Aref Dalila, born in 1942, is a writer and former economics professor and Dean of the Faculty of Economics at Damascus University. He was an advocate of political liberalization and wrote for the banned weekly Al-Doumari and has published many books on economics, politics and social history. He was arrested with nine other members of the Civil Society Movement during the Damascus Spring, a period of intense political and social debate in Syriawhich began after the death of President Hafiz al-Asad in June 2000 and continued to some degree until autumn 2001, when most of the activities associated with it were suppressed by the government.

According to PEN’s information, Dr. Dalila, was reportedly arrested on September 9, 2001 for a lecture he gave in which he called for democracy and transparency. His address, entitled “The Syrian Economy: problems and solutions,” reportedly focused on the deterioration of his country’s economy and alleged corruption among economic policy advisers. Dr. Dalila was subsequently charged with trying to change the constitution through the weakening of national sentiment by distributing false news and causing racial and sectarian tension. During his interrogation he was reportedly beaten.

In early 2002 the Supreme State Security Court (SSSC) sentenced Dr. Dalila to 10 years in prison with hard labor following a trial that did not comply with international standards.