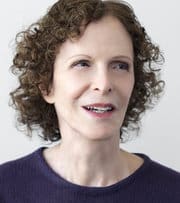 PEN America is deeply saddened by the news of Jean Stein’s sudden passing.

Over the course of a six-decade-long career, Stein left an indelible mark on American literature.  Her seminal 1956 interview with William Faulkner for The Paris Review, her oral histories of Robert F. Kennedy and Edie Sedgewick, and her editorial work at Grand Street are only a few of her literary pursuits that influenced modern thought and culture.

Through her both her own art and her philanthropic support of other writers, Stein contributed to the flourishing of the literary landscape in every way. Stein generously sponsored two PEN America Literary Awards: the PEN/Jean Stein Book Award for a work of exceptional originality, merit, and impact, given for the first time in 2017 to Hisham Mattar for his book The Return: Fathers, Sons and the Land in Between, and the PEN/Jean Stein Grant for Literary Oral History, conferred for the first time in 2017 to Aleksandar Hemon for How Did You Get Here?: Tales of Displacement

Stein will be dearly missed by PEN America and the entire community of writers, translators, historians, artists, and editors whose lives and work she so deeply touched.