“Welcome to the Errordome”: Are Editors Still Afraid of James Baldwin? 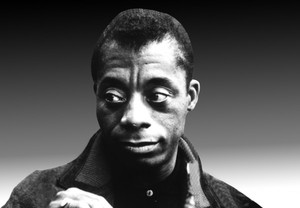 This piece was submitted by Ed Pavlić as part of the will 2014 PEN World Voices Online Anthology.

Law and loyalty won’t allow me to recount the precise details of my connection to the brilliant, intimate, ferocious and love-drenched textures from which James Baldwin wove his life and career. The fact of that silence, in fact, says a lot. The following is a kind of verbal dance between what I can say, what I will say, and what I’ve been prevented from saying about what I know. In 2010, owing to my understanding of how music informed and impelled Baldwin’s life and work, I was invited to read hundreds of pages of Baldwin’s writing no scholar or artist—certainly no poet—had been allowed to see. The experience was, well, transformative as to what I knew. A life-long lover of his work, I’d read and re-read everything Baldwin had published, all the biographies, and much else that had been written about him. Still, after what all I saw and studied in 2010, I felt as though I’d never met this man who seemed to be at least four different men. He was everything I’d known and some things I hadn’t known, all in levels of intensity that straddle borders with the unknowable and unsayable.

This is the first appearance of

“Welcome to the Errordome”: Are Editors Still Afraid of James Baldwin?