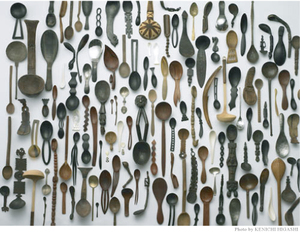 Jennifer Hayashida is the recipient of a 2013 PEN/Heim Translation Fund grant for her work translating Athena Farrokhad’s Vitsvit. Read her essay on translating Farrokhzad’s work here.

My family arrived here in a Marxist tradition

My mother said: Wouldn’t it be strange to feel
a single night like this one
my language in your mouth

My mother handed the glass to her mother and said: Now we are even
Here is your milk back

My grandmother said: Your mother comes from the rising sun
She was named after the bud of a flower since she was born in spring
Your mother named you after a warrior to prepare you for winter

My mother said: Never underestimate the trouble people will take
to formulate truths possible for them to bear
My mother said: You were not fit to live from the start

My mother said to my brother: Beware of strangers
Remember that you have nothing to return to
if they should become hostile

My brother said: I had such a strange dream
That the dawn died in my eyes before sleep had dissipated
When I bid farewell to the light I knew everything
A humanity made of sugar and slaughter

My father said: I wrote about bread and justice
and as long as the starving one could read
the font did not matter to me
My father said: The serif pricks my fingers

My mother said: If you could see the circumstances as extenuating
you would let me off easier

My mother said: There are photographs where you do not hate me
and where the flower petals rest against each other

My father said: How much resistance can human fat bear
before the lashes of the whip become permanent
My father said: If you forget the alphabet
you will find it on my back

My father said: Only when you forgive the person who has turned you in will you know the
meaning of violence

My uncle said: You will forget everything
except the memory that you always remember
I remember that before the war the soldier chewed with my teeth
the agitator screamed with my throat

My father said: We are still there, even if time has separated us from the place
My mother said: Our ceilings are as tall as the floors warrant

My mother said: A woman dug out her mother’s eyes with her fingers
so that the mother would be spared the sight of the daughter’s decline

My grandmother said: Pistachios for the toothless
rosaries for the godless
rugs for the homeless
and a mother for you

My father said: Jobs for the jobless
use for the useless
papers for the paperless
and a father for you

My brother said: Cables for the wireless
organs for the bodyless
transfusions for the heartless
and a brother for you

My mother said: Oxygen for the lifeless
vitamins for the listless
prostheses for the limbless
and a language for you

My father said: Do not bury me here
Bury me where all property has been expropriated
Do not give me a tombstone, dedicate your halcyon days to me

My mother said: Do not bury me here
Bury me where the veneer of civilization has peeled
Spit out my language, return the milk to me

Bad news from Mississippi today, where the state senate passed an educational gag order that applies to all public universities and K-12 schools. Among other things, the bill could threaten recognition of the Black Law Students Association at the University of Mississippi.

We have just learned the Myanmar military have sentenced Ko Jimmy and Phyo Zayar Thaw to death for alleged anti-coup activities.
https://www.myanmar-now.org/en/news/democracy-veteran-ko-jimmy-and-former-nld-mp-phyo-zayar-thaw-sentenced-to-death