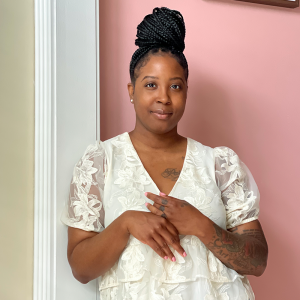 Starr Davis is a poet and essayist whose work has been featured in multiple literary venues such as The Kenyon Review, the Academy of American Poets’ Poem-a-Day, The Rumpus, So to Speak, and Transition Magazine. She holds an MFA in creative writing from The City College of New York and a BA in journalism and creative writing from The University of Akron. She tutors marginalized groups of young African American female writers for the nonprofit organization Seeds of Fortune. She is the creative nonfiction editor for TriQuarterly. Photo Credit: Beowulf Sheehan