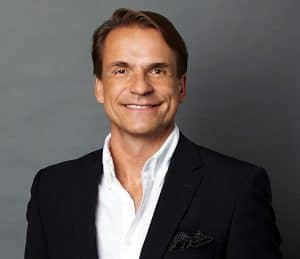 As CEO of Penguin Random House since July 2013, Markus Dohle leads the world’s largest trade book publisher, with operations in 20 countries and sales in more than 100. He oversees Penguin Random House’s worldwide publishing divisions, which have up to 270 editorially independent imprints publishing 15,000 new adult and children’s fiction and nonfiction titles annually in English, German, Portuguese, and Spanish. Each year, Penguin Random House sells more than 700 million print, audio and e-books globally and its roster of fiction and non-fiction writers includes many of the world’s most widely read and beloved authors, more than 70 Nobel Prize laureates, and over 100 Pulitzer Prize winners. During his tenure, Penguin Random House US was rated #1 on Forbes’ List of America’s Best Midsize Employers in 2018. As a member of the Bertelsmann Executive Board, Dohle and his Board colleagues are responsible for setting the strategic direction for one of the world’s foremost media companies. Additionally, he is Vice Chairman of the Association of American Publishers, and also serves on the Board of Directors of the National Book Foundation, and on the International Advisory Committee of the Atlantic Council. He joined the PEN America Board in 2016.