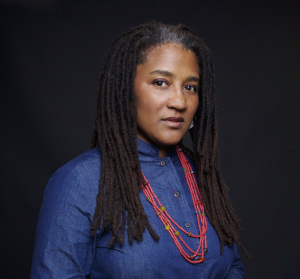 Lynn Nottage is a playwright and a screenwriter, and the first woman in history to win two Pulitzer Prizes for Drama. Her recent work includes Floyd’s (Guthrie) and the musical adaptation of The Secret Life of Bees (Atlantic Theater). Upcoming work includes an opera adaptation of Intimate Apparel composed by Ricky Ian Gordon, commissioned by and premiering at Lincoln Center Theater; and the musical MJ, featuring the music of Michael Jackson, to premiere on Broadway.

Nottage is an associate professor at the Columbia University School of the Arts, and the recipient of a MacArthur “Genius Grant” Fellowship, Steinberg “Mimi” Distinguished Playwright Award, Doris Duke Artists Award, and PEN/Laura Pels Master Playwright Award, among others. She is a member of the Dramatists Guild.