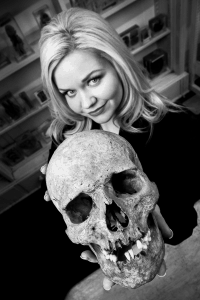 Dr. Lindsey Fitzharris is a medical historian with a doctorate from the University of Oxford. Her debut book, The Butchering Art, won the PEN/E.O. Wilson Award for Literary Science in the United States; and was shortlisted for both the Wellcome Book Prize and the Wolfson History Prize in the United Kingdom. She is the creator of the popular blog, The Chirurgeon’s Apprentice, as well as the host of the YouTube series, Under the Knife. Her next book will be on the birth of plastic surgery told through the incredible story of Harold Gillies, the pioneering surgeon who first united art & medicine to address the horrific injures that resulted from World War I.