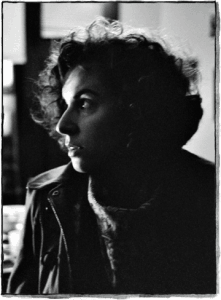 Katya Apekina has had stories published in The Iowa Review, Santa Monica Review, West Branch, Joyland, PANK, and elsewhere, and has appeared on the Notable List of Best American Nonrequired Reading 2013. She translated poetry and prose for Night Wraps the Sky: Writings by and about Mayakovsky (Farrar, Straus, and Giroux, 2008), which was short-listed for the Best Translated Book Award. She co-wrote the screenplay for the feature film New Orleans, Mon Amour, which premiered at SXSW in 2008. Born in Moscow, she currently lives in Los Angeles.