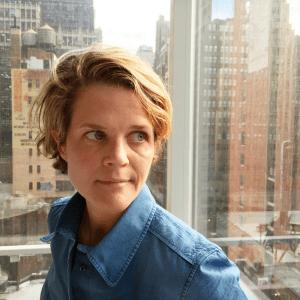 Eliza Griswold is the author of The Tenth Parallel: Dispatches from the Fault Line Between Christianity and Islam, which won the 2011 J. Anthony Lukas Book Prize. Her translations of Afghan women’s folk poems, I Am the Beggar of the World, was awarded the 2015 PEN Award for Poetry in Translation, and her original poetry won the 2010 Rome Prize from the American Academy of Art and Letters in Rome. She has held fellowships from the New America Foundation, the Guggenheim Foundation, and Harvard University. Her latest book, Amity and Prosperity, was released in June 2018. It recounts the true story of how fracking shattered one Pennsylvania town and how one resident brought it to light. Currently a Distinguished Writer in Residence at New York University, Eliza Griswold lives in New York with her husband and son.