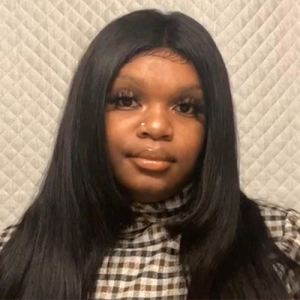 In May 2020, Frazier documented the death of George Floyd at the hands of Minneapolis police officers, one of whom—Derek Chauvin—pressed his knee against Floyd’s neck, well after Floyd lost consciousness. Frazier’s video quickly spread across social media and led to a wave of community outrage, a major investigation, and Chauvin’s arrest, as well as the dismissal of the three other officers. Floyd’s killing, along with the deaths of Breonna Taylor, Ahmaud Arbery, Tony McDade, Dion Johnson, and others, drove a wave of activism across the country crying out for racial and economic justice.

Darnella Frazier’s Acceptance Remarks, Conferral of the Award by Spike Lee, and Words of Gratitude from Several Luminaries

SPIKE LEE: Hello everyone. My name is Spike Lee, and it is my honor and my pleasure to present the PEN/Benenson Courage Award to Sister Darnella Frazier. I’m so proud of my sister. She documented the murder of George Floyd, our brother. King Floyd. And that footage reverberated around this God’s earth, and people took to the streets all over this earth. Not just the United States of America, and it wasn’t just Black people either. Everybody took to the streets. My sister, I commend you, and you deserve this award. Important word—you’re getting the PEN/Benenson Courage Award. The word is courage!

DARNELLA FRAZIER: I would like to say thank you for honoring me with this PEN/Benenson Courage Award. I never would imagine out of my whole 17 years of living that this will be me. It’s just a lot to take in, but I couldn’t say thank you enough for everything that’s been coming towards me. Thanks to Mr. Lee for presenting this, and I appreciate that. Thank you for the PEN/Benenson Courage Award, and this is the award.

FRANKLIN LEONARD: If I could take a moment here to take off my PEN America Virtual Gala host hat and replace it with my Franklin Leonard human being, and specifically Black human being hat, Darnella, thank you. Thank you for your courage. And I know I am not the only one.

GABRIELLE UNION: Not everybody steps up and takes action. But you did. Thank you.

ANITA HILL: Your quick thinking and bravery under immense pressure has made the world safer and more just. Thank you.

CORY BOOKER: Thank you to Darnella Frazier for her extraordinary courage. I am so grateful that you all are recognizing her.

Even before the election results had come in––results that were likely rigged––Ugandan singer-turned-opposition-leader @HEBobiwine's house was surrounded by military. ARC & @PENamerica condemn these intimidation tactics: https://pen.org/press-release/pen-america-condemns-siege-around-ugandan-opposition-leaders-home/