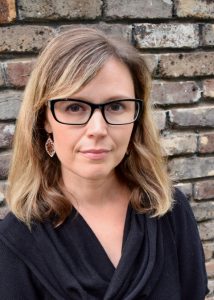 Beth Shelburne is a journalist and writer based in Alabama. For 20 years, she has worked as a television news anchor and reporter in several different cities, including San Diego and Boston, and most recently in her hometown of Birmingham. Her broadcast work has been recognized with awards numerous times, including two Edward R. Murrow Awards for excellence in journalism. Beth has a B.A. in mass communications and journalism from Auburn University and an M.A. in creative writing from University of Alabama at Birmingham. Beth’s recent work in Alabama has focused on issue-based, investigative reporting with a deep interest in exploring criminal and social justice, mass incarceration, mental illness, and substance abuse. Beth is also a SCAD heart attack survivor and an advocate for women’s health. She enjoys cooking and traveling, and lives in the Birmingham area with her husband and daughter.