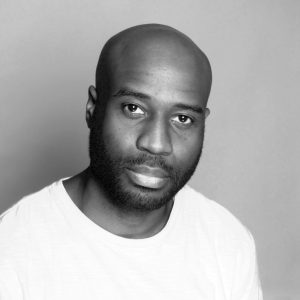 Bayeté Ross Smith is an interdisciplinary artist, photographer, and multimedia artist from Harlem, NY. He began his career as a photojournalist with the Knight Ridder newspaper corporation. Bayeté is a TED Resident, part of residency class three. He has worked as a multimedia artist and producer for The New York Times and AMDoc/POV. As an artist he has exhibited his work internationally with the Smithsonian Institution, the San Francisco Arts Commission, the Brooklyn Museum, the Oakland Museum of California, the Schomburg Center, the Lianzhou Foto Festival (China), FotoMuseum Provincie Antwerpen (Belgium), Goethe Institute (Ghana), the Zacheta National Gallery of Art (Poland), and America House in Kyiv, Ukraine, to name a few. His collaborative projects “Along The Way” and “Question Bridge: Black Males” were showcased at the Sundance Film Festival, among other festivals. His work has also shown at the L.A. Film Festival and Sheffield Doc Fest (England).