Unstill Life: A Daughter’s Memoir of Art and Love in the Age of Abstraction 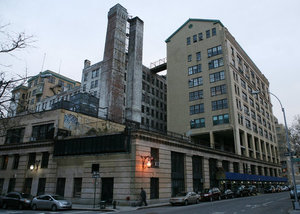 This piece was submitted by Gabrielle Selz as part of the 2014 PEN World Voices Online Anthology.

(In 1958, soon after I was born, I moved with my parents and sister to New York, where my father, Peter Selz, began his job as the chief curator of painting and sculpture at the Museum of Modern Art. What followed was a unique childhood spent among art and artists in the heyday of Abstract Expressionism. Now, it is 1970 and my father has left MoMA, abandoned our family and moved to California to direct his own museum. My mother, having recently taken on the job selecting the first group of artists to live in the utopian artists housing project, Wesbeth, has decided that we should join this pioneering new community.)