Torture and Our House of Mirrors 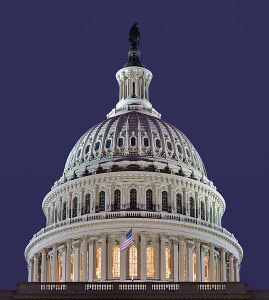 I went to Washington last week with China on my mind, but came back preoccupied once again with torture.

That’s because twice in one day, at two separate hearings on Capitol Hill, I found myself staring into an uncomfortable mirror.

The first hearing, sponsored by the Congressional-Executive Commission on China, was titled “Current Conditions for Human Rights Defenders and Lawyers in China, and Implications for U.S. Policy”; I was there, obviously, because Chinese authorities have detained dozens of writers, human rights lawyers, and other activists since February in one of the harshest crackdowns we have seen in years.

At least two PEN members were among those who disappeared: Ye Du, who runs the Independent Chinese PEN Center’s web site, and Teng Biao, one of China’s most distinguished human rights lawyers. Both were released in recent weeks, but like Ai Weiwei are confined at home and not allowed to speak about their ordeals.

At the hearing, China scholar Li Xiaorong told commission co-chair Senator Sherrod Brown that Chinese authorities have “extensively and ostentatiously” used a wide range of extrajudicial tactics during this crackdown that clearly violate the U.N. Convention Against Torture, which China ratified in 1988, including “enforced disappearance, secret detention, and torture.” In terms of torture, she told the commission, we now know that at least some of those detained this year have been subjected to beatings, sleep and food deprivation, 20-hour interrogations, forced injection of unknown substances, and stress positions.

It was jarring, to say the least, to hear a list of abuses that so closely mirrored the all-too familiar list of officially-approved abuses of detainees at CIA secret prisons, at Guantánamo, and in Iraq and Afghanistan. But what was most striking was that in the context of a commission hearing into the behavior of another government, there wasn’t any question that such abuse was torture.

From there I walked over to the House side, where a briefing was underway—no doubt in observance of the annual U.N. Day in Solidarity of Victims of Torture—titled “Developing U.S. Responses to Countries that Torture: Survivor Witnesses from Four Continents.” There I listened to Nora Miselem, coordinator of the Office for the Attention of Victims of the Honduran Truth Commission and herself a torture victim in the 1980s, describe how nobody has been called to account for what she suffered in Honduras. “Impunity reigns,” she said. “There’s an enormous debt in the system of justice.” That debt, she made clear, has become a kind of cancer for the rule of law in her country; graft, corruption, and violence exist now in an atmosphere of political despair.

Last week, PEN American Center joined with nine of America’s leading human and civil rights organizations to launch a campaign to win official recognition for the many men and women who refused to approve or participate in the U.S.’s post-9/11 torture program. It is a small step toward the kind of accountability that is required by the Convention Against Torture, but an important one. We either take such steps or risk losing ourselves in a house of mirrors.

As we head into the Fourth of July weekend, please take a moment and ask President Obama to honor those who said no to torture.