The U.S. Torture Program in Drama and Dialogue 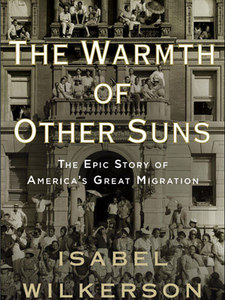 In the essay below PEN Member Karen Malpede describes her new play about the U.S. torture program, Another Life, and discusses the importance of theater as a tool for humanizing the horrors of war.

Another Life by Karen Malpede

What is the connection between theater, democracy, and human rights? I’m a playwright who has struggled with these issues for 30 years. Usually, my plays are surrounded by talk-backs and dialogues with intellectuals and activists involved in the issues the plays raise—the human costs of the Holocaust, the Bosnian war, the invasion of Iraq, for instance. I came to feel I had to write a play about the U.S. torture program, but for a long time, although I could not stop reading about torture, I did not know how to do so.

When Another Life is presented at the Irondale Center, March 8–24, it will be accompanied by A Festival of Conscience, the most ambitious combination of theater and discourse that our company, Theater Three Collaborative, has yet attempted. Before or after each performance, there will be talks by people whose work for justice and truth influenced the creation of the play.

Darius Rejali, author of Torture and Democracy, appears opening night. Other speakers include Mark Danner, who wrote the Red Cross torture report with detailed description of Abu Zubaydah’s waterboarding; lawyer Susan Burke, who brought suit against Blackwater on behalf of Iraqi civilians killed and injured in Nissor Square; journalist Donovan Webster, who accompanied Susan to Iraq to take testimony from innocent Iraqis tortured by other private contractors in Abu Ghraib; Joshua Phillips, author of None of Us Were Like This Before, about the searing effects on American soldiers of their participation in torture; as well as principled lawyers who represented detainees in Guantánamo and other U.S. detention centers.

The Athenian Greeks invented tragedy and comedy in the fifth century B.C. to strengthen their democracy. They held an annual theater festival, funded by the wealthy, in which playwrights staged their own plays, and with the mandatory rule that all citizens (and visiting foreigners) had to attend. Athens was as proud of its theater as it was of its democracy. The state subsidized the ticket costs. Citizens sat on stone benches under the sun for hours at a stretch watching tribal and familial hatreds work themselves through; seeing justice, wisdom and courts of law established at the end.

Athenian theater also provided a way to deal with the legacy of war. It was thought that combat veterans, as all adult citizens were (only men had civil rights and only men went to the theater), needed to witness the extreme events of tragedy to purge violent memories and responses that otherwise might interfere with their resumption of participation in civil life. As Athenian democracy devolved into a military expansionist empire, the great anti-war playwright Euripides, in rage and sorrow, gave us masterpieces of human suffering. We may not remember the Athenian siege of the tiny island Melos, the murder of its men and boys, rape and enslavement of its women and girls, or the Athenians’ foolish fatal assault on Sicily, but we remember The Trojan Women and The Bacchae, and they stand as cautionary tales.

We’ve learned nothing about avoiding war, or the excess of empire, from the theater, and perhaps the theater’s main job is not to teach a lesson, but rather to arouse inside its audience the energy and excitement of our own fragile humanity—the annihilation of which is the entire objective of torture. Sitting together, watching, the theater lets us be. In these moments of collective being each person is completely free to feel, to think or to remember whatever they wish; yet all are joined by breath to actors on a stage who live through the common agonies and reveal those moments when humanity asserts itself. The theater is a humanizing force because it is personal, public, political and spiritual at once.

I could not escape the inner mandate as a citizen-playwright to write a play about the U.S. torture program. My resolve kept being strengthened by the courage of so many of the people who are joining us for A Festival of Conscience. When we first staged the play, in a workshop performance for three performances last September, as part of the 9/11 Art of Justice Performance Project at John Jay College’s Gerald W. Lynch Theater, and funded in part by the Open Society Foundations, we prefaced it with a panel of four principled lawyers who have defended the rights of Guantanamo detainees.

One by one, Martha Rayner, Jonathan Hafetz, Alexander Abdo, and Gitanjali Gutierrez spoke of their despair at trying to aid hopeless men in indefinite detention who bore the scars of torture. They recounted victories, of course, but overall the story of U.S. torture and detention program is of wrongs unrighted, of suffering unredeemed by recognition. To an audible audience gasp, one of them said: “The courts are broken.”

I am under no illusion that a play can make a difference; nevertheless, the enthusiastic responses to the initial performances of Another Life suggest that rousing collective feeling is a job worth doing. And it’s worth it, too, to bring us together in conversation in preparation for or as culmination to having been moved by the story of the play. Common feeling is what torture intends to destroy. The torturer cannot feel the tortured person’s pain any more than the courts can feel the pain of the detained. Insofar as we become incapable of experiencing the sorrows we inflict, we become dangerous not only to ourselves and others but to democracy itself. Here the theater inserts itself, a common meeting ground, a space to feel and think together, as citizens; this is what I hope Another Life and A Festival of Conscience will provide, if only for three short weeks.