The PEN Ten with Terese Svoboda 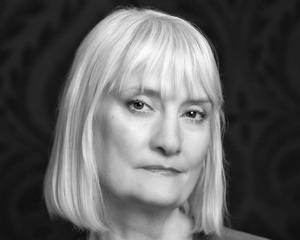 The PEN Ten is PEN America’s weekly interview series curated by Lauren Cerand. This week Lauren talks with Terese Svoboda, the author of five volumes of poetry and four novels, including Tin God; a collection of short stories, Trailer Girl and Other Stories; and a nonfiction book, Black Glasses like Clark Kent: A GI’s Secret from Postwar Japan, winner of the Graywolf Nonfiction Prize.

When my brother complained about lack of coverage in the family newspaper. Power!

Song of the Shank by Jeff Allen. Okay, so it took him ten years to write. I’ll take just a few pages.

A hole in space—really anywhere I can’t mind the house or phone or Net. An island in Greece.

I was picked up once for hitchhiking, and the officer said they were looking for someone with a mark on their breast so I had to raise my shirt. Ahem.

Currently the radical modernist poet Lola Ridge whose unrelenting press for freedom in every aspect of her life inspired me to write her biography. The other obsession is South Sudan. I translated the songs of the Nuer who are now embroiled in a bitter civil war for the world’s newest—and poorest—country. My coffee table edition of the songs was delivered to the vice president the week he went into hiding. Since song is so powerful in Africa, I fear that some of the more rabble-rousing translations might have sparked the rebellion. I don’t flatter myself—they aren’t my songs.

Black Glasses Like Clark Kent, a memoir that revealed that the U.S. executed black soldiers in postwar Japan. No one in power paid much attention to it, but my uncle, who started me on the story, committed suicide, and his family has not forgiven me for writing about his part as an MP.

Thought is only accomplished alone. A hive of thought is preferable to the drone. No drones.

Marcus Aurelius’s Meditations. At first I thought One Day in the Life of Ivan Denisovich, but then I thought they’re a sadistic lot, those leaders, they’d enjoy it.