The PEN Ten with T Cooper 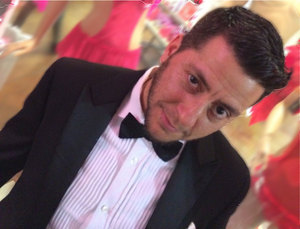 I would normally say sometime after I published my second novel, but I was at dinner with my folks the other night, and my dad was telling me about a time I was about five, and we were in another country, and I was gazing up at a giant old building with a checkerboard of lit-up apartments, and how I kept wondering aloud what was happening behind the windows . . . were they cooking on stoves, was there a radio playing, whether the people living there had kids and how many, did they have bunk beds, wood floors or carpet, a dog, and so on. So I guess the answer to this question falls sometime between then and publishing my second novel.

I’m not too picky, so long as I have access to an espresso-based drink, and nowhere to be for three hours. No, five. No phone calls to make. No carpool to drive. One of the most fruitful places of late has been beside the fire at The Museum of Appalachia in Clinton, TN, where the president Miss Elaine, and queen of the kitchen Miss Kristy have been plying me (and my wife, with whom I co-wrote much of my most recent novel Changers there) with the best sweet tea—not to mention deviled eggs, fried green tomatoes and peach cobbler—on the planet.

All art is about telling the truth.

Canaries in the coal mines.

Is Kiss of the Spider Woman too on-the-nose? I love that book and Manuel Puig so much, and there’s so much in there about power and struggle, love and loyalty, torture, prejudice, resistance, exile, beauty, the transformative potential of storytelling.