The PEN Ten with Stephanie Kuehn 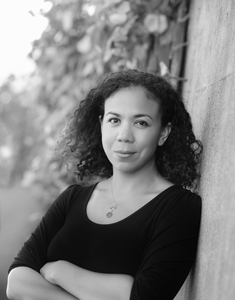 The PEN Ten is PEN America’s weekly interview series. This week, we speak with novelist Stephanie Kuehn, who was awarded the 2015 PEN/Phyllis Naylor Working Writer Fellowship for her forthcoming novel, The Pragmatist (Dutton/ Penguin Books). Her debut novel, Charm & Strange, was the winner of the 2014 William C. Morris Debut YA Award, and her second novel, Complicit, was named to YALSA’s 2015 Best Fiction for Young Adults list. Her most recent book, Delicate Monsters, received starred reviews from Publishers Weekly and Booklist. Kuehn holds degrees in linguistics and sport psychology, as well as a doctorate in clinical psychology.

As someone who is shy and not very eloquent when speaking, I’ve relied on writing from a young age. It’s always been my most effective form of communication.

Desire, in all its forms. Language. Empathy. Failure. Fatalism.

As a novelist, first and foremost, I feel a responsibility to myself to be as truthful and fearless as possible so that I can tell the stories I want to tell. I have wildly vacillating thoughts on whether or not I have a responsibility to my audience, especially as an author of young adult literature.

On the one hand, I feel a deep, communal responsibility to all children and teens. That’s part of adulthood, and it’s a part of who I am. On the other hand, I worry about how that sense of responsibility can affect truth in storytelling. Paternalism does my audience no favors, and I try to reconcile this tension of responsibility and truth-telling by accepting that the most responsible gifts I can give my readers are honesty and the benefit of the doubt. I’m not doing them any favors by avoiding discomfort or ambiguity or moral complexity.

My third book, Delicate Monsters. It’s an uncomfortable book that neither affirms the moral goodness of its characters nor offers the promise of hope or redemption. These certainly aren’t novel story elements, but there are plenty of adults who feel young adult literature requires hope. I feel differently, which goes back to truth-telling. I believe teens deserve uncomfortable truths.

I think censorship is acceptable in cases where direct harm to others is compelled or made imminent.