The PEN Ten with Sebastian Rotella 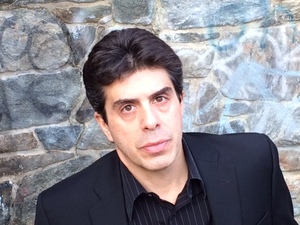 The PEN Ten is PEN America’s weekly interview series. This week, guest editor Alex Segura speaks with journalist Sebastian Rotella. His book Triple Crossing was named favorite debut crime novel and action thriller of 2011 by The New York Times. His second novel, The Convert’s Song, was published in 2014. He is the author of Twilight on the Line: Underworlds and Politics at the U.S.-Mexico Border (1998), and two e-books: Finding Oscar: Massacre, Memory and Justice in Guatemala (2012) and Pakistan and the Mumbai Attacks (2011). He is a senior reporter for ProPublica, and worked previously at the Los Angeles Times. His work has won a Peabody Award; Columbia University’s Maria Moors Cabot and Dart awards; awards from the Overseas Press Club, Inter American Press Association, and German Marshall Fund; and the Urbino Press Award of Italy. He was also a finalist for the Pulitzer Prize for international reporting in 2006.

There are two feelings that kick in when I read the work of Sebastian Rotella: admiration for his fearlessness, both in his excellent, finely crafted prose and his brave, defiant reportage and, well, jealousy—because how many people can say Bruce Springsteen based two songs on their work?

I first encountered Sebastian in Long Beach as part of the annual Bouchercon World Mystery Convention. I was there to listen to him interview Harry Bosch creator Michael Connelly and left duly impressed by Sebastian’s no frills demeanor, his thought-provoking questions and quest for truth in all his work. I knew then that I had to speak with him.

I had the pleasure of chatting with him briefly after the event and I’m glad to have had a second, more in-depth chance here with this interview as part of the PEN Ten series. Do yourself a favor and pick up his first two novels, Triple Crossing and The Converts Song from Mulholland Books, and keep an eye out for his reporting with ProPublica, a must-read outlet that presents journalism in its purest form.

When I was in second grade, I wrote a collection of short stories about a detective named, for reasons now lost in the fog of memory, Frank Sybical. My father had his secretary type it up and staple it. When I saw the finished product and the title page—Frank Sybical’s Adventures, by Sebastian Rotella—that was it. The future was clear. This was what I going to do, one way or another.

Is there an author’s work you greatly admire—perhaps to the point of jealousy?

There are quite a few authors whose work I greatly admire. Here’s a few: Alexandre Dumas for his sheer story-telling energy. Tom Wolfe and Richard Price for their ability to create characters so vivid it’s as if the authors know the contents of their clothes closets and bank accounts. And Cormac McCarthy and Gabriel Garcia Marquez for writing prose passages of such power and beauty that they are the literary equivalent of symphonies.

I like to write at night in my study. I’ve moved around the world as a foreign correspondent, so I have had quite a few studies. My favorite was my study in Buenos Aires. I wrote my first book, Twilight on the Line (a non-fiction book about the Mexican border) and began the second one (Triple Crossing, a novel) there when I was in South America for the L. A. Times. Usually I worked on the books after finishing my day’s work for the newspaper. Because of the time zone difference, and because I’m kind of a night owl, I wrote late at night and into the early morning. We lived in a 26th floor apartment with a panoramic view. The place had a kitchen with two rooms behind it that had been originally intended as servant quarters. I converted the smaller of the two, a little cube of a space, into my writing room. It had drab white walls and a tile floor. My wife decorated one window, which overlooked an internal patio, with a shade depicting maps of the world. There were two other windows, tall and rectangular, that offered narrow views of the city. The effect was sparce but cozy. I liked the idea that I wasn’t writing in an elegant wood-paneled study, but back in the servant quarters. I was a working guy doing my night shift.

Bottom line: I have never been arrested.

The closest I ever came to being arrested was in Tijuana and it was in the line of duty. I was covering the Mexican border from San Diego in 1993 at a time when an increased U.S. Border Patrol deployment caused cross-border stampedes known as Banzai Runs in California. The Mexicans called them VivaVillas (in honor of Pancho Villa). Illegal immigrants were having trouble crossing clandestinely because of tougher Border Patrol defenses in the open land between the ports of entry. As they got desperate, groups of migrants led by smugglers began charging north through the southbound lanes of the Mexican port of entry and onto the Interstate-5 freeway in San Diego. They figured that the Border Patrol would not chase them into oncoming traffic. The images of the stampedes caused an international ruckus. I went down to Tijuana and interviewed migrants in the crowded lanes south of the Mexican border station, running alongside them until they sprinted across. The Mexican government was reluctant to interfere with the illegal crossing by its citizens. So in a kind of symbolic gesture, the Mexican authorities assigned a lone gray-haired immigration officer to try to stop the northbound stampedes on the Tijuana side. The poor guy was hapless and frustrated, to put it mildly. He spotted me with my notebook in the chaos: a pesky foreign reporter. He detained me, told me I was in big trouble and ordered me to come with him. We went to the offices of Grupo Beta, a newly formed Mexican plainclothes border unit, and talked to the chief. The chief had better things to do with his time, so he scolded me for a few seconds, and ordered the officer to let me go. Ironically, I ended up getting to know the chief. I spent a lot of time running around the borderlands with the officers of Grupo Beta, an elite unit created to protect migrants and fight corruption. Those experiences found their way into my books.

I’m obsessed with international borders and people who cross them: cops, smugglers, spies, adventurers, and, as the son of immigrants, migrants above all.

I’m obsessed with the underworlds of mafias, terrorism, law enforcement, and intelligence.

I’m obsessed with urban neighborhoods, the ideas of identity and tribe that shape and are shaped by them, the hope, conflict, and heartbreak of the ethnic, racial, and socio-economic villages of cities such as Chicago and New York, Paris and Buenos Aires.

I’m obsessed with language: I speak Spanish, French, and Italian, as well as English. I’m always striving to maintain and improve my command of the foreign languages. Because I switch back and forth among languages in my professional and personal lives, I am always hyper-aware, always searching for the best word, phrase, or construction. As a result I’m also fascinated by slang and dialects.

I’m obsessed with the idea of impunity. I still am able to work up outrage about people who get away with monstrous crimes on a recurring basis: gangsters, terrorists, repressive leaders, corrupt officials, wealthy elites.

My latest novel, The Convert’s Song, is pretty much a compendium of those obsessions.

I’m not sure if “daring” is the right word, but during my career as a journalist I have investigated difficult and hazardous topics. Especially when I covered the Mexican border in the 1990s, I wrote a number of articles about dangerous people: hit men, drug lords, corrupt law enforcement officials, and politicos. I certainly wasn’t in as much danger as the Mexican journalists who were on the front lines day in day out. But there were harrowing periods when sources I knew—a police chief, a young prosecutor, a jail warden—were killed. I wrote about them in newspaper stories and later in Twilight on the Line. And in Triple Crossing, I was able to revisit a few powerful secret stories I had learned during that period but could never publish because of lack of confirmation or unwilling sources. I’d like to think those truths finally found their way into print, even if in disguise, and served a positive purpose.

To tell the truth.

Writers have many collective purposes. It depends to some extent on the societies in which they live. Overall, we need storytellers to inform, entertain, amuse, and enrich us. We need writers to help us understand ourselves and those who aren’t like us. And we need writers to examine and denounce injustice and abuse of power.

I would send him One Day in the Life of Ivan Denisovich by Alexander Solzhenitsyn, a masterpiece that resulted from the imprisonment of a writer. The message would be: there are voices that you will never silence. You are sowing the seeds of your own downfall and ensuring that one day, these writers will be revered while you are reviled.

I think the crime/espionage genre can sometimes be a tool for social commentary. After all, the genre explores the dark places that explain how the world really works. And the best writing almost always provides some kind of insight into human motivation and social forces at work. But you definitely have to let the commentary happen on its own. The Italian writer Andrea Camilleri once said something to me, a line that he attributed to Dostoyevsky: “Tell the story of your village. If you tell it well, you will tell the story of the world.” I would paraphrase that for the purposes of this question. Rather than setting out with social commentary as your goal, come up with a good crime story. Create rich characters, a well-crafted and realistic narrative, a landscape of dark beauty and complexity. If you do it well, the result will be entertaining and suspenseful and serve as social commentary in the process.