The PEN Ten with Sarah Weinman 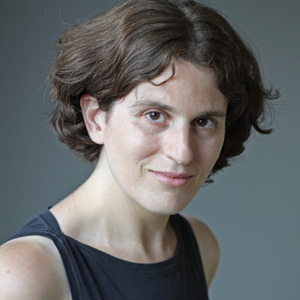 The PEN Ten is PEN America’s weekly interview series. This week, guest editor Alex Segura speaks to Sarah Weinman. She is a master of many skills—writer, editor, journalist, historian, and more. But perhaps her most impressive ability is that of literary archaeologist—giving voice to works and authors long thought lost to time. This can be seen throughout her work, which includes the Library of America’s beautifully packaged and curated Women Crime Writers of the 1940s and 1950s two-volume set that she edited, her recent New Republic profile of forgotten black mystery writer Hughes Allison, and the essential domestic suspense short story collection, Troubled Daughters, Twisted Wives.

Weinman makes sure the important-but-undervalued mystery writers and stories that have begun to fade from our collective memory are reconsidered in the right—and deserved—context. Like many of the writers we’ve spotlighted via the PEN Ten interviews, Weinman shows a knack for going against what’s expected. Her work presents readers with material that might not be in the current mainstream, but remains vitally important and hugely relevant.

When did being a writer begin to inform your sense of identity?
As soon as I started earning money as a writer, which I guess was around the age of 24 or 25. Identity, I realize, was something I adopted and sloughed off a lot in my youth: My intellectual and creative pursuits growing up were focused more on science and music, the former getting me all the way to a master’s degree in forensic science (which I never really used because labs and I did not work well together) and the latter to pretty rigorous extracurricular study, be it piano and voice lessons or choral singing and competitions. I grew up a Modern Orthodox Jew, so while I am in no way observant, it is the standard from which I deviate from religiously. All of those things have shaped me as a writer. How could they not? I learned discipline and order, rhythm and syntax, language and phrasing, and obviously, voice. But I’ve earned my living, properly, through writing and related matters for more than a decade, and it’s what I expect to do going forward. But it isn’t the only thing that defines me.

Whose work would you like to steal without attribution or consequences?
I’m not sure I think of books or authors or art that way. I am more of a slow-clap-shit-eating-grin-admirer type of person. When I’m in the presence of something great, all I can do is bask in that greatness and hope some of it rubs off on me by proxy.

That said, I am more likely to “steal,” with a lot of modification, from lesser-known or not-entirely-successful works by authors I like, in a bid to understand what happened and try to fix it, after a fashion. Or, as happened with a recent story published in Ellery Queen’s Mystery Magazine, I read about an old unsolved case, became fascinated with it and thought, “what if I pushed it back in time a few years, made all the characters Jewish, and let things unfold?” I love what-ifs.

Where is your favorite place to write?
I work in my home office off of my bedroom in my apartment in Brooklyn, but is it my “favorite” place to write? It’s just…where I work. I also like to write in coffee shops, though have been doing so less lately.

Have you ever been arrested? Care to discuss?
I have never been arrested but I did once, by sheer fluke, prevent a friend’s arrest when I pulled him around a corner at just the right time. That was a strange experience.

Obsessions are influences—what are yours?
I am a creature of obsession in the acquisition phase, where I must know everything and anything about a subject or a person, and then the obsession ebbs, though I still keep the proverbial hand in the till. So some disparate influences, across various disciplines, are: Lucy Maud Montgomery, Elvis Stojko, Lawren Harris, Shel Silverstein, Groucho Marx, Zoë Tamerlis Lund (and, to a lesser extent, Abel Ferrara), Dorothy B. Hughes. And, in macabre way, Etan Patz, Tania Murrell, Sharin’ Morningstar Keenan, Nicole Morin, Paul Bernardo and Karla Homolka (and their victims, Tammy Homolka, Leslie Mahaffy, and Kristen French), BTK, the Zodiac Killer, the Golden State Killer, and Tammy Jo Alexander (who, before her identification in early 2015, was hauntingly known as Caledonia Jane Doe.)

What’s the most daring thing you’ve ever put into words? Why does that stand out?
In fiction, the story “Mirror Image,” which was in an issue of Needle a few years ago, because I needed to externalize all of my feelings of body dysmorphia—which are stunningly persistent and, damnably, will be, because people, especially women, are horrifically uncomfortable with their bodies—and which I then took to a noir extreme. In nonfiction, so far, the story of Sally Horner, the real-life girl whose abduction inspired Lolita. Her story still haunts me, as it ought to.

What is the responsibility of the writer?
To tell a story with the maximum amount of empathy and moral culpability. I think about both of those things all of the time. But especially as a journalist.

During your writing career, when have you felt most challenged and how did you respond?
I have a running joke—it’s too dark to be a real joke—or theme with myself about the moment in reporting a story when it’s “time for the unpleasant phone calls.” I will procrastinate till the last possible moment. They make me physically ill. Who wants to be the person to cold-call a source and ask them to talk about their darkest hours? But despite all of the anxiety, it almost always works out, to some degree. Never more so than when, in reporting “The Real Lolita” for Hazlitt, I had a 45-minute conversation with Frank La Salle’s daughter, pseudonymous in the story for many good reasons. She could have blown me off. But she didn’t, and I am profoundly grateful for that.

What book would you send the leader of a government that imprisons writers?
I have thought and thought about this question and I don’t have a good answer. But if there is an answer, it lies in the line I most remember from a short story by L.M. Montgomery, about a young violin prodigy who is forbidden from playing the violin by his stern, religious fanatic of a father, until a dying member of the community insists the boy play. The boy does, his father finally understands, and tells his shocked son that he can pursue his dream. “Each in his own tongue,” the father said by way of explanation. Chipping away at a dictator’s hardened heart requires small but pivotal steps, the way art can slowly, but surely, seep into the soul.

Do you see your genre—or genre in general—as a tool for social commentary? Is it something you use consciously, or do you prefer to let it happen organically?
Without a doubt. I’ve said often that crime fiction in particular is an excellent vehicle for social commentary, because so much of what happens in society has some tie, or root, to crime. Criminal justice intersects with race and class and family and government and, well, pretty much any conceivable social issue. There are so many different ways to tell stories with so many different types of people, and crime fiction has room for all of them.

That said, characters come before theme. So much of the latter is discovered after the fact, once I realize how my subconscious has been working.

Guest editor Alex Segura is a novelist and comic book writer. He is the author of the Miami crime novel Silent City, the first in a series featuring Pete Fernandez. Silent City and its sequel, Down the Darkest Street, will be out from Polis Books in 2016. He has also written a number of comic books, including the best-selling and critically acclaimed Archie Meets KISS storyline, the “Occupy Riverdale” story and the upcoming Archie Meets Ramones. A Miami native living in New York with his wife, Segura will be interviewing a number of crime and genre-bending fiction authors for The PEN Ten.