The PEN Ten with Ross Gay 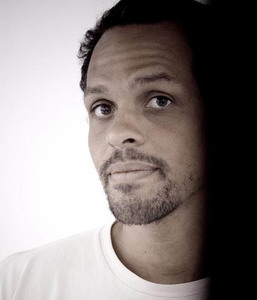 The PEN Ten is PEN America’s weekly interview series. This week, guest editor Nicole Sealey talks to poet Ross Gay, the author of the books Against Which (CavanKerry, 2007), Bringing the Shovel Down (University of Pittsburgh Press, 2011), and Catalog of Unabashed Gratitude (University of Pittsburgh Press, 2015). He is also the co-author of the chapbooks Lace and Pyrite: Letters from Two Gardens, and River, with Aimee Nezhukumatathil and Richard Wehrenberg, Jr., respectively. He is an editor with the chapbook presses Q Avenue and Ledge Mule Press, in addition to being a founding editor, with Patrick Rosal and Karissa Chen, of the online sports magazine Some Call it Ballin. He makes artists’ books and drawings and gardens. Mostly, it turns out, he collaborates. He teaches (collaborates) in Indiana University’s MFA program and in Drew University’s low-residency MFA program.

When did being a writer begin to inform your sense of identity?
I suppose as soon as I started writing … I mean, writing one’s name, which is probably the first thing I did, in big, loopy cursive, on that yellow paper with the little dotted half-line showing how high the lowercase o should be, or the lowercase y. That seems profound now that I think of it.

Whose work would you like to steal without attribution or consequences?
Oh, I’m not sure. I kind of steal so much anyway, and often it’s not until like five years or more that I’ll be reading the poor thieved’s work and think, “Whoa, I wrote this very thing like 20 years after they did!”

Where is your favorite place to write?
Don’t have a favorite place. Though I like my couch, my porch, cafes in my town (one of which I’m at right now), and in towns not my own. On trains too.

Have you ever been arrested? Care to discuss?
Nope.

Obsessions are influences—what are yours?
Right now my obsession and influence is my garden. It’s a wild time of year back there, and I’ve designed it, and continue to design it, both meticulously and carelessly. Or with a kind of faith or something. But this year, the sixth of this garden, I am able to really see the design starting to shape up and fill out. And walking through that place is kind of—for me—the most seductive, enticing thing I can do. I mean I walk exactly 18 feet out my back door and there is a little shrub called a goumi, which has these almost indiscernibly sparkling leaves, the slightest metallic shimmer, and these berries which when ripe approach a blood red and are themselves speckled, and sweeter than anything I would have ever dreamed of. Not to mention the kales and collards and lettuces and garlics and taters and clovers and many fruit trees—there is a tree back there called a medlar, do you know what that is?!

What’s the most daring thing you’ve ever put into words?
Various treatises on what I love.

What is the responsibility of the writer?
That depends on the writer. My responsibility in Mrs. Palmer’s class in first grade was to help Joey figure out how to tell the difference between an e and an o. My responsibility now feels to be, among two thousand other things, to explore what is lovely and necessary and to be adored and cared for and held up.

While the notion of the public intellectual has fallen out of fashion, do you believe writers have a collective purpose?
No.

Where is the line between observation and surveillance?
Perhaps something to do with invasion, or invasiveness.

On July 9, 2015, at 6:00pm at Cave Canem’s Brooklyn loft, Ross Gay will be lecturing on the link between “image” and “imagination” using the work of James Baldwin, Carrie Mae Weems, and others. On July 10, at 6:00pm, Cave Canem will also be hosting a book launch for Gay’s Catalog of Unabashed Gratitude.