The PEN Ten with Morgan Jerkins 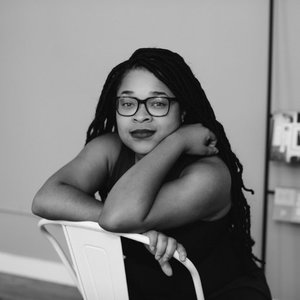 In this week’s PEN Ten, Daniel José Older, author of Salsa Nocturna, the Bone Street Rumba urban fantasy series, speaks to Morgan Jerkins, a writer based in New York City and a contributing editor at Catapult.

Probably when I was around 14 years old—basically as soon as I started to take it seriously. I wrote for a place of refuge. I was seriously harassed in high school and I was harboring suicidal ideations. Because I felt like I had no other option, it encapsulated all who I was.

No one’s because even if no one else knows, I would know and the guilt would eat me up.

Love. I know it’s cheesy but I am obsessed with love and how it shapes a reality between two individuals, a reality that others sometimes cannot fully perceive but can sense because of how the lovers’ energies interact with one another. I think about romantic love every day, unless I’m sick or something.

Writing about my labiaplasty—much to the dismay of my mother of course.

I don’t think censorship is ever acceptable. Maybe one day I’ll eat my words but because of the political climate that we’re in, I’m going to go with no.

The responsibility of the writer is to be honest and vulnerable.

It has? I honestly never thought so. I think Ta-Nehisi Coates and Roxane Gay among others are considered to be public intellectuals. As for a collective purpose, that is a really good question. I would say that our collective purpose is to inform and entertain even though that seems very general. However, I would steer clear of being too specific because our multitudinous backgrounds produce different styles and themes.

My favorite place to write is my bedroom because it’s extremely comfortable and I can control the noise. I tried writing in a cafe once and I was productive but I was too paranoid.

I would say anything written by Joseph Brodsky.

Oh wow, this is another really interesting question. I think it’s impossible not to observe, especially as an artist. Our eyes and ears are always open. I get inspired very easily especially if I find someone attractive or I hear a conversation that intrigues me. For me, surveillance has a negative connotation. I get the sense that surveillance is for when someone is observing to see if anyone is going to do something wrong. With observation, there is no “right” or “wrong,” it’s just experiencing others in motion.

Morgan Jerkins is a writer living in New York. Her work has been featured in The New Yorker, The New York Times, Rolling Stone, The Atlantic, ELLE, and BuzzFeed, among many others. Her debut essay collection, This Will Be My Undoing, is forthcoming from Harper Perennial.