The PEN Ten with Ming Di 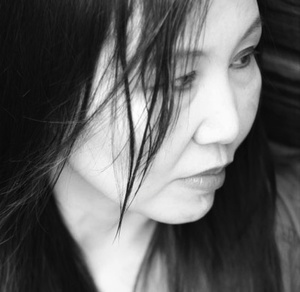 In this week’s PEN Ten interview, guest editor Ken Chen speaks to poet and translator Ming Di. An editor for Poetry International whose work has been published from the Chinese into English, Spanish, and French, Di was born in China and now lives in California.

Ming Di and I met when AAWW and PEN co-presented a night in honor of Liu Xia, a poet and artist at the center of China’s burgeoning 1980s art scene and who lives under house arrest in Beijing now. In 1996, she married the poet Liu Xiaobo, who recently won the Nobel Peace Prize, in a labor reeducation camp; as Liu Xia once wrote about her husband:

You love your wife, are proud she stays
with you
in the dark, you let her do what she wants
to, to write
for you in the aftermath of death,
but in her verses, there are no sounds. None

Ming Di co-translated the above passage with Jennifer Stern, and the poem appears in Empty Chairs: Selected Poems by Liu Xia (Gray Wolf Press, 2015). At our event, I pointed out that many of Liu Xiaobo’s politics, such as his support for George W. Bush, the war in Iraq, and American imperialism, would be strange to those of us who ostensibly support him. The next morning, Ming Di explained to me the complex world of dissident politics in 21st century China—a place where our sense of left and right politics find themselves reversed, since these ideologies find themselves in a context that is, in the words of Perry Anderson, “a world-historical novum: the combination of…a predominantly capitalist economy with what is still…unquestionably a communist state.” Ming Di told me about the Chinese state’s attempt to co-opt Chinese writers, about the Chinese worker poets who have committed suicide, and about the Chinese dissidents in diaspora. Once, she was called upon by dissidents to adjudicate a feud on the thriving dissident message board community, where they call the sell-out writers “Fifty cents,” because that’s how easily they can be bought.

Ming Di is also the translator of New Cathay: Contemporary Chinese Poetry (Tupelo Press, 2013), as well as five collections of her own poems.

When did being a writer begin to inform your sense of identity?
It hasn’t yet. What identity? You mean the fact that I’m a colored woman? But I didn’t know I was Chinese until I came to America. No, actually I already knew three thousand years ago that I had the same color as the sun, that I was a yellow flower fish.

Thomas Mann’s. Chinese culture is where I am.

Emily Dickinson’s: “…The revery alone will do / If bees are few.”

Do you know anyone who has been arrested? Care to discuss?
Wang Juntao was arrested in 1976 during the April 5th Tiananmen Incident. He was detained for 224 days for having written four poems totaling 224 words. One word a day in prison.

Shi Tao, poet and journalist, was imprisoned from 2005 to 2013 for reporting “sensitive news.”

Zhang Zhixin (1930–1975) was sentenced to six years and then executed. The cruelest thing is how they killed her: they cut her tongue for speaking out.

Lin Zhao (1932–1968), poet and writer, was arrested for publishing poems and essays of dissident opinions. While in jail, she wrote poems against Mao Zedong with her blood and was executed in 1968. Her “blood burns my outstretched hands,” as Liu Xia wrote in the poem “To Lin Zhao.”

What’s the most daring thing you’ve ever put into words?
“Meat is the same everywhere, only vegetables have personalities.” No, it doesn’t take much courage to write this. Let me think of something else.

I published a long essay in Chinese for a Hong Kong journal in 2009 and reviewed Chinese poetry from 1989 to 2009 around the theme of the June 4th Student Movement in China. Prior to that, I was ghost editor of the Anthology of June 4th Poetry published in Taiwan. I was very quiet for a few years because I was scared of working on those two projects even though I was critical of both sides—the student leaders and the government—while praising some of the brave and yet subtle poems on the subject.

While the notion of the public intellectual has fallen out of fashion, do you believe writers have a collective purpose?
I don’t trust anything “collective.” I think each of us can speak to the public as an individual. Being a private poet, I’m open to public issues but I don’t throw them straight into my poetry. I write political poems as love poems. Or I should say all my love poems are political. Sometimes I have a very contradictory mind. I try to stay away from public issues but always end up in some kind of argument or debate.

What book would you send to the leader of a government that imprisons writers?
Love poems. To make him fall in love with words and have mercy on writers. I say this because there is a double standard in China. The government allows or even encourages the publication of books by writers in prison or in exile from other countries, such as Czesław Miłosz, Joseph Brodsky, Aleksandr Solzhenitsyn, Václav Havel, Mario Vargas Llosa, Orhan Pamuk, Salman Rushdie, etc., but will not even talk about its own writers in exile. Susan Sontag is extremely popular in China but the government will not tolerate Chinese public intellectuals other than the leftists. In China, left means conservative and right means liberal. Being right is not politically right in China. (My half sister’s father was a rightist and was punished for 22 years.) So, if you ask the officials to read Salman Rushdie, it won’t help because they love to read dissident writers from other countries while putting their own outspoken writers in jail.

Where is the line between observation and surveillance?
I think we are being observed or under surveillance every day in terms of which websites we visit and what keywords we use on search engines. Technology frees us and also controls us. I can tolerate being observed. But the thought of being under surveillance makes me uneasy. House arrest is even worse than surveillance. You are not only being watched, but stopped from going out, prevented from living a normal life. That’s exactly why Liu Xia has been depressed after being under house arrest for five years, on top of being alone with a husband in jail in the northeast corner of China.

The current leadership is very tough. Look at the case of Gui Minhai, the Chinese writer and publisher of Swedish citizenship who “disappeared” from Thailand three months ago and showed up on TV today “confessing his 11-year-old conviction” and “turning himself in to the authorities.” Who would believe this story? He’s apparently been kidnapped for publishing politically sensitive books. But he was detained for “drinking and driving” 11 years ago. That could be an excuse to put him in prison right away because there would be less international pressure if he were a criminal rather than a political prisoner. But I don’t trust the words of China’s Xinhua News Agency. And this is the paradox: we don’t trust words anymore because the government keeps telling lies, but we have to trust words in order to write. Words are the victims when they are used to tell lies or when they are twisted.

Here is an example of how words can be twisted on purpose. Last summer at the Berlin Poetry Festival, I said, “I’m not a poet in exile and I’m not afraid of censorship. Censorship makes us work harder because we have to be more creative to bypass the censorship.” Someone who was not even present that day spread my words on the internet but twisted them completely: “Ming Di says there’s no censorship in China because poets in China can write creatively.” You see how words are being murdered?

Ken Chen is the executive director of the Asian American Writers’ Workshop, and a founder of Arts & Letters Daily. The 2009 recipient of the Yale Series of Younger Poets Award for his debut poetry collection, Juvenilia, he is also a recipient of fellowships from the National Endowment for the Arts, New York Foundation for the Arts, and the Bread Loaf Writers conference. A graduate of Yale Law School, Ken successfully represented the asylum claim of a Guinean teenager who had been detained by the Department of Homeland Security. For the PEN Ten, Ken will be interviewing the poets and novelists of the Asian-American counterculture.