The PEN Ten with Megan Abbott 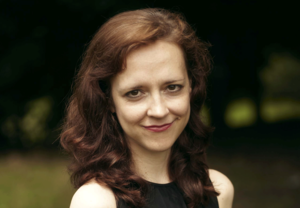 The PEN Ten is PEN America’s weekly interview series. This week, guest editor Alex Segura talks with Megan Abbott, the award-winning author of seven novels, including The End of Everything, Dare Me, and her latest, The Fever. Her writing has appeared in The New York Times, The Guardian, and The Wall Street Journal, and in collections including The Best American Mystery Stories 2014. She is also the author of The Street Was Mine, a study of hard-boiled fiction and film noir.

Megan Abbott’s novels envelop you. They crackle and hiss with an energy that’s unnerving, dark, and primal. They slither under your skin and leave you bleary-eyed and spent, but at the same time completely enthralled. They’re not the kind of books you put down for a spell.

Like the other writers I’ll be talking to as part of this year’s PEN Ten series, Abbott’s work isn’t anchored down by genre conventions, nor is it halting or cautious. From the mysterious femme fatale protagonist of Die A Little to the bloodthirsty underworld of high school cheerleading in Dare Me, Abbott tugs and pulls at the edges of noir and hardboiled fiction, blending her influences and obsessions to create something thrilling, new, and impossible to ignore.

Thanks to Megan for taking the time to speak to me. Her latest novel, the jarring and superb The Fever, is available now.

When did being a writer begin to inform your sense of identity?
I think being a reader informs my sense of identity far more—perhaps because I can remember so much about my life before I began writing fiction, and yet I can’t remember anything before loving books. It’s through books, by books, and with books that I discover everything. And writing is just my way of trying to bust into that rich terrain.

Whose work would you like to steal without attribution or consequences?
Daniel Woodrell.

Where is your favorite place to write?
I’m most productive in the writers’s space at the Center for Fiction in Manhattan. It’s an old, creaky, beautiful building and the top floor is a quiet zone for writers. The light is beautiful, the radiators whistle like music, and there’s no easy excuse there to not be writing. I also sometimes write the most successfully in a coffee shop, by hand.

Have you ever been arrested? Care to discuss?
Never. I’m a clean-living gal. I try to follow Flaubert’s famous advice, “Be regular and orderly in your life like a bourgeois, so that you may be violent and original in your work.”

Obsessions are influences—what are yours?
So many. True crime, film noir, American history (especially the 1930s through 1950s), Freud and psychoanalysis, Golden Age Hollywood, Joan Didion, medical history, carnivals and sideshows. I could go on and on.

What’s the most daring thing you’ve ever put into words? Why does it stand out for you?
A great question and I have no idea! I don’t really think in those terms when I write, or even after. I’m writing a personal essay now, it’s meant to be pretty light, but it still feels daring for me because I’m used to the cloak of fiction or of critical analysis.

What is the responsibility of the writer?
To tell stories.

While the notion of the public intellectual has fallen out of fashion, do you believe writers have a collective purpose?
Has it? I feel like it’s just taken other forms. Smart, fiery public debate feels very alive on social media if one follows people like Roxane Gay and Jeet Heer. I think it just looks different. Occasionally less thoughtful, more shoot-from-the-hip, but also so much more diverse. And democratic. It can be thrilling to watch and jump in.

What book would you send to the leader of a government that imprisons writers?
Zora Neale Hurston’s Their Eyes Were Watching God.

Do you see your genre—or genre in general—as a tool for social commentary? Is it something you use consciously, or do you prefer to let it happen on its own?
I bristle even at the term “genre”—it’s so subjective and loaded. At the same time, YES! To focus on crime fiction, I recently read a piece suggesting that the crime novel is fulfilling the role the social novel used to fulfill—dealing with class, socio-economics, poverty, race. And then another piece arguing that crime fiction is the genre most concerned with issues of morality and faith. I think both are true. The big issues of life are explored in crime fiction because so much is laid bare there. They are about loss, guilt, survival—everything that matters. But I don’t write from that conscious place. I write from story and character, and hopefully, organically, something larger emerges. But that’s for the reader to decide. He or she always gets the last word—as it should be.