The PEN Ten with Jean Kwok 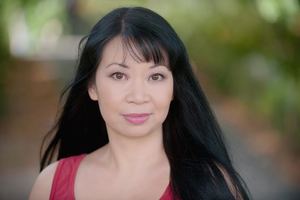 The PEN Ten is PEN America’s weekly interview series curated by Lauren Cerand. This week Lauren talks with Jean Kwok, the author of Girl in Translation. Kwok was born in Hong Kong and immigrated to Brooklyn as a young girl. Between earning her bachelor’s degree from Harvard and her MFA in fiction at Columbia, she was a professional ballroom dancer. She lives in Amsterdam with her husband and children.

When did being a writer begin to inform your sense of identity?
It started from the moment that I realized I was a writer, when I was at Harvard. I had stayed up all night to write a paper and instead of doing that, I wrote a poem. I was astonished, as if I’d laid an egg. From that moment on, I always felt guilty whenever I wasn’t writing, like I wasn’t fulfilling my purpose in life. I think being a writer is not something you choose; I believe it chooses you, like an addiction or an illness. Since I’d been very poor as a child, I really didn’t want to become a writer but I just couldn’t shake it. Of course, at the same time, being a writer is also the most beautiful thing I can imagine.

Whose work would you like to steal without attribution or consequences?
I would love to steal Pablo Neruda’s passion and grace with words, Margaret Atwood’s clean and creative storytelling structure, Faulkner’s wild freedom, Maxine Hong Kingston’s wisdom.

Where is your favorite place to write?
I can only write alone. Some of my very good writer friends, like National Book Award nominee Julie Otsuka (Buddha in the Attic), love writing in cafes but I could never do that. I feel so self-conscious and there always seems to be a crazy guy in the corner staring at me. I need a room without a view. I’ve always dreamed of having a writing studio by the sea but the truth is, the moment I start writing, I draw the curtains and shut the door. Nowadays, I write in my attic, which has a nice view of trees and rooftops, but I never see it since the curtains are always shut.

Have you ever been arrested? Care to discuss?
I have never been arrested although if you’re asking if I’ve ever been in situations where I could have been arrested, then yes. I’ve been to parties where the tables were crowded with young men sniffing piles of cocaine using rolled-up hundred dollar bills. I was threatened by a police officer because my African American friend and I were in a store. She had simply picked up an item to take a closer look, and he assumed we were going to steal it. I’ve been to illegal gambling dens, which were completely boarded up on the outside.

Obsessions are influences—what are yours?
Love and death. Freedom and responsibility. Choice and fate.

What’s the most daring thing you’ve ever put into words?
When I wrote the truth about my past—that we were so poor, our apartment didn’t even have central heating; that I worked in a sweatshop in Chinatown as a child; that the roaches used to drink our soy sauce. I was so used to keeping those things secret that it was a personal milestone for me to be able to talk about them.

What is the responsibility of the writer?
I couldn’t speak for everyone but I personally do feel a certain degree of moral responsibility. When I was younger, I was more in the art for art’s sake camp, believing that I could write anything that flitted into my head. I suppose I’ve changed my mind for myself, especially after publishing my first novel. After hearing from readers who told me how the book touched and influenced them, I realized that what I say does have an impact.

Of course, I need to write as truthfully and deeply as I know how, but there are moments when a book can give hope to someone in despair, and I am aware of that possibility.

I believe writers need to speak through their words on the page. The beautiful thing about writing is that no matter how difficult the subject matter, the act of writing transforms it. That act of observation, of saying, “Look at this, this is what it is,” is an act of illumination and change.

What book would you send to the leader of a government that imprisons writers?
I would imagine that such a leader doesn’t read very much.

Where is the line between observation and surveillance?
Surveillance is observation without permission, tacit or otherwise. A writer observes people around her constantly, and if those people are in a public setting, then they understand that they might be seen by others. If the writer puts a bug in someone’s telephone without their knowledge, that crosses the line into surveillance.