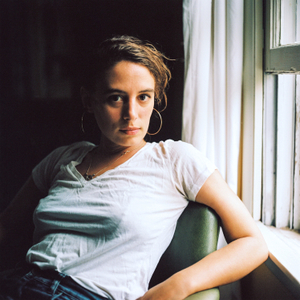 In this week’s PEN Ten, we speak to Gabrielle Lucille Fuentes, whose first novel, The Sleeping World, was published by Touchstone (Simon & Schuster) in September. Her work has appeared or is forthcoming in One Story, Slice, Pank, The Collagist, Tweed’s, NANO Fiction, Western Humanities Review, The Yoke, SpringGun, and elsewhere. She lives in Athens with her husband and their dog.

I wrote for a long time before I considered myself a writer. I did theater for years and that is where I first saw myself as an artist and where my first training in artistic expression began. I learned as much from my teachers in theater and the work and play I did there as anywhere else. I decided to go to grad school for writing and that’s when I had the opportunity to put writing first. I was able to make the choice to take myself seriously as a writer. But this “choice” was also out of necessity—I had just lost my brother and writing was the only means to survive this grief. It was the only means I was capable of living. That’s when writing became the point around which everything else had to bend.

I can’t imagine there not being consequences for such an act, especially not the interior ones. I couldn’t even finish reading Crime and Punishment, it kept me awake for days and made me nauseous. Also, because I have the privilege of being born a U.S. citizen, I believe one of my responsibilities is to investigate the theft at the root of this privilege. I want to examine all the voices that have contributed to my life. I’m made up of my influences and the price of this rich matter is negotiating how to love something not yours, how to continue a conversation started before you were born.

Honestly, my novel. Writing The Sleeping World required that I actually look at my grief, that I actually grieve, that I be very brave and choose to live in the most truthful way I could. I remember writing certain scenes and afterwards I would be shaking, sweating, my heart a tight fist. I hope I’ll be able to say that for each book for different reasons.

So much talk about censorship right now, mostly by people who have never actually experienced censorship. Censorship is not being allowed to speak your language, it is having your mother tongue beaten out of you, it is being told your experiences are worthless because they are not the experiences of those in power. Censorship has nothing to do with thinking carefully about how your words and actions may contribute to harming others and supporting injustice. That practice must be a part of all of our work. I don’t believe in making foolish and shortsighted speech illegal, but I do believe that one person’s rights end the moment they infringe on another’s.

To write what is needed and to listen deeply.

I actually believe we are seeing a renaissance of the public intellectual! Claudia Rankine, Ta-Nehisi Coates, Sally Mann, Eula Biss, Chimamanda Ngozi Adichie, Laila Lalami, Alexander Chee (to name a few) are all exploring diverse, pertinent issues that intersect with their own artistic practices in exciting ways. Many of these writers have figured out how to share complex institutional critique through internet mediums—how I envy this skill! Another way to contribute to a collective dialogue is to create spaces for and to commit to publishing work by marginalized voices. There are definitely still cults of personality—and therefore the ability to take the spotlight pointed at you and shine it on others—but there’s diffusion as well. Sometimes it’s less about an individual and more about a group—who may be partially made up of gatekeepers—transferring power and attention to others.

I have not. Instead, I’ve been in several situations that might have lead to arrest if the officers hadn’t perceived me as white.

I’d send a list of books that slipped past the censors but are still revolutionary. I’d send a list of people who were murdered but whose books we read long past their death and the death of their murderers. I’d sent a list of all the books published in hiding and exile. This list would take days to read. I’d send Baldwin’s Notes of a Native Son, to prove that brilliance, rage, audacity, insight, transcendence can come out of even the most oppressive structures and because everyone should read that book. There are cracks in every system, where something true can seep through.

Motive, perhaps? Observation is to learn, surveillance is to condemn. I don’t know if data is blameless, but I believe instead that nothing exists without context. Both practices change viewer and viewed: observation expands, surveillance contracts. We are smaller when we surveil, and larger when we observe because it is then that the viewed are intimate to the viewer and we ourselves can change.

Human rights lawyer & #FreedomToWrite honoree Nasrin Sotoudeh’s daughter was just banned from leaving #Iran. Writing on Facebook, Sotoudeh reflects on the murders of #MahsaAmini & #NikaShakrami, widespread violence against protestors, and speaking against injustice at every step.