The PEN Ten with Dante Micheaux 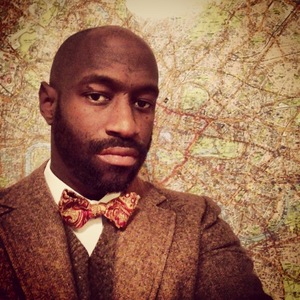 The PEN Ten is PEN America’s weekly interview series. This week, guest editor Nicole Sealey talks to poet Dante Micheaux. He is the author of Amorous Shepherd (Sheep Meadow Press, 2010). His poems and translations have appeared in PN Review, The American Poetry Review, Callaloo, and Rattapallax—among other journals and anthologies. He has been shortlisted for the Benjamin Zephaniah Poetry Prize and the Bridport Prize. Micheaux’s honors include a prize in poetry from the Vera List Center for Art & Politics, the Oscar Wilde Award, and a fellowship from The New York Times Foundation.

I do not think of myself as a writer, though I do write and often use the label for convenience: being a writer is much easier to explain than being a poet. Historically, “writers” have ascribed a set of responsibilities to themselves or committed allegiances that have always seemed disingenuous to me. That being said, being a poet began to inform my identity not so long ago. I have been composing poems since I was twelve but it took the candor and encouragement of Hettie Jones, in my junior year of college, to help me see myself in this vocation.

No, but I should have been. I do not care to discuss.

When I was younger, I often composed poems against rivals, for desire or power, and read them in public. I have also composed a poem about my relationship with my mother, which was difficult to make.

One would have to ask a writer.

Out of whose fashion has it fallen? Certainly, not mine! Intellectuals are still here and we are still writing, composing, conversing with one another, in private and in public. I think the notion of “the public” as an entity has fallen out of fashion or is devolving into something unrecognizable from the cooperative enterprise that forges democracy and nurtures civic accountability. At my snarkiest, I suppose that individuals who make up “the public” are merely stupid but, when I am thinking on an even keel, I know that most of those individuals have been convinced that their sole responsibility is to consume. Capitalism is decimating humanity—Americans in particular, are increasingly seduced by its shimmer, at the expense of our souls.

On March 19, 2015, 6:30 pm at The New School’s Wollman Hall, please join writers Dante Micheaux, Darryl Pinckney and Tiphanie Yanique as they discuss the tensions and complications between James Baldwin and the places about which he wrote. Visit Cave Canem’s full calendar here.