The PEN Ten with Alexander Chee 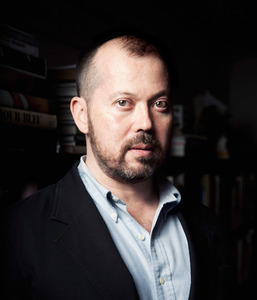 In high school. I had one of those English teachers who had us write journals, and I tried writing a poem, and he admired it. I was fascinated he understood it—it seemed too personal to mean anything to anyone but me. Then I wrote more of them.

I still like a train best for this kind of thing. I wish Amtrak had residencies for writers. And after trains, libraries at night, especially empty ones.

I was arrested on the set of Basic Instinct, protesting the filming, back when Queer Nation believed it would be an anti-lesbian film based on the script. We were held at the station and then released. There was no way to know it would go on to become a lesbian cult classic. They probably sell tickets to it now for GLBT fundraisers. On the whole, it was an early lesson on how complicated politics can be.

I don’t know if we ever get to know what that is until some time later, if ever. I’ll hope it’s a novel, but I guess I’ll see.

To attend to their own freedoms, and the freedom of other writers, for the way it increases their own.

Is it out of fashion? Or has it just shifted? Twitter strikes me as the arena and the farm team camp for the current and the next generation.

Probably a book of Mencius’s, with a note saying “I’m sorry it was your destiny to be a jailer. Perhaps there is still time to change it.”

To the extent that I know anything about ancient Chinese emperors, it was because of Chinese poetry. Emperors jail poets because they know poets will be known and loved much longer than they will. This drives emperors and their imitators insane with their own powerlessness. They never seem to learn, but all you can do is set the poet free.

I think it’s the line where anyone types their password, for anything.

I imagine there are still likely to be scores of UF professors who will sidestep getting involved in any form of public testimony, just b/c the politics, risk, intimidation factors here are so high. The damage may already be done in FL. #academicfreedom https://www.nytimes.com/2022/01/21/us/florida-professors-free-speech.html

THE SENTENCES THAT CREATE US: Crafting a Writer’s Life in Prison just launched on @HaymarketBooks with @PENAmerica! A comprehensive resource told through compelling first-person essays by @dwaynebetts @MitchSJackson + @Piper, among many others. http://pen.org/sentencesthatcreateus