The Banning of Sandpiper 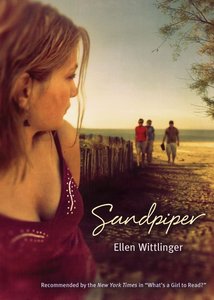 For our second-annual Banned Books Month, PEN America once again reached out to PEN members, supporters, and staff—writers and editors of all backgrounds and genres—who sent us their reflections on the banned books that matter most to them. Today’s piece comes from novelist Ellen Wittlinger, author, most recently, of This Means War! To find out more about how you can get involved with Banned Books Month, click here.

In 2007, two years after its publication, my young adult novel, Sandpiper, was challenged in a high school in Tuscaloosa, Alabama. A fifteen-year-old girl and her grandmother refused to return the book to the high school library saying it was too sexually explicit to be on the shelves. The quote from the grandmother that was repeated in article after article was, “This book is sick.”

This was the first time one of my books had been challenged and I was surprised at what a chilling effect it had on me to read that my book was being called “sick” and “offensive.” In fact, I was horrified. I felt as if I were being accused of purposely and thoughtlessly harming my teenage readers, and for a moment or two, I questioned myself. Was the book too graphic for high school students? Shaken, I went back to the novel itself.

The Tuscaloosa student had said, “At my high school they teach abstinence and no sex before marriage, but then all the book is teaching is how to do those things.” After rereading the book myself, I wondered if perhaps the girl had not read past the second page on which there is one paragraph, six lines, which describes the protagonist’s take on oral sex. She describes the act (in the language of a teenager) and says it makes her feel invisible. The last line of the paragraph is, “It’s like I’m not even there anymore.” Hardly a recommendation or a how-to guide. This is the only description of sexual behavior anywhere in the book except for a near-rape at the end, also not an advertisement for early promiscuity.

I satisfied myself that I was not perverting the minds of the innocent. In fact, the reason I had tackled this subject in the first place was because I kept hearing about middle-school girls who’d become very blasé about oral sex. They didn’t think of it as “real sex.” They also didn’t enjoy it much, but it seemed to be a cool thing to do and it got them boyfriends. I knew if I set the book in a middle-school the censors would set on me like wolves, so following the maxim that kids read “up,” I made my protagonist fifteen and hoped that the twelve and thirteen-year-olds would find the novel.

They can’t find it now, though, unless they have an e-reader, because it’s out-of-print in both hard cover and paperback editions. I think I’d taken a rather cavalier view of book banning before this happened. I’d heard it said (and it was repeated to me) that having your book challenged means you sell more copies. More people will read it, not fewer. And maybe in some high-profile cases, this is true, but I don’t think it usually works that way. There’s a little flurry of interest in the book for a few weeks, locally, but it doesn’t last long. And maybe, after all the publicity, some teachers and librarians aren’t eager to have a book on their shelves that’s already been challenged. I don’t know. I do know that Sandpiper went out-of-print more quickly than all but one of my other fourteen books. Certainly, the challenge did not bring me more readers.

Would I still take on topics that make some people uncomfortable? I would and I do. I see my job as opening the minds of young readers to ideas they may not have come across before. What disturbs me most about this scenario is that as the author I’m actually rather hidden when it comes to defending my own work. I can write a letter or two and send off copies of the book to interested parties, but, as the arguments rage, I’m here in my office working on another book, while some courageous teacher or librarian is fighting the battle, doing his/her best to uphold the First Amendment, often at the risk of his/her own job. I’m so thankful there are people willing to do this, but I can’t help but feel guilty, too, that my work has put their livelihood on the line.

The Tuscaloosa County School Board grudgingly kept Sandpiper on the library shelves, saying, “We strongly feel the author could have chosen more appropriate language to establish the underlying theme of a book that seems obviously directed at young teenage schoolchildren. It disappoints us that the decisions of the courts have taken away this local Board of Education’s ability to make decisions that protect these very same schoolchildren.” And even though it was cited (from a CDC study) at the meeting that the percentage of high school students in Alabama who had had sex was quite a bit higher than the national average, the School Board President’s final words on the subject addressed the hope that they would be able to “determine how we as a school system can better screen and prevent those books and materials which contain vulgar, offensive, and inappropriate language and subject matter from reaching the shelves of our school libraries.” In other words, from now on, he would hope to censor books like Sandpiper silently, before they even reached the shelves.

So, the battle continues, and once again, teachers and librarians stand on the front lines. I’m one of many authors for children and young adults who salute them for staying on the job.