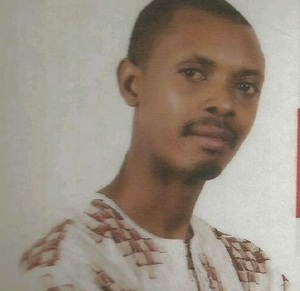 A student at National Open University of Nigeria has been detained for a series of Facebook posts criticizing the governor of the state of Katsina. According to the Premium Times of Nigeria, Abdulmalik Sa’idu was invited to a meeting at the governor’s office on August 28 and then promptly handcuffed and detained. The student has spent over 20 days in detention and has since been rushed to a police hospital. Previously, Abdulmalik Sa’idu had apparently accused governor Ibrahim Shema of being involved in a fertiliser scam. Although Abdulmalik Sa’idu has not yet been charged at the time of this writing, his family claims he has been accused of attempting to clone the governor’s cell phone to demand a deposit of N$3 million in a bank account (roughly $18,000). The family denies the accusation, and his father claims his son told him he was tortured in detention.

Abdulmalik Sa’idu’s attorney has responded that the prolonged detention is illegal:

Akin Ajayi, a Kaduna based lawyer, who is helping the family on the case, said the DPO of Batagarawa Police Station told him he had order from above not to release Abdulmalik on bail. “I spoke to the DPO of the Batagarawa Police Station and he said he cannot do anything because it was an order from above,” he said. Mr. Ajayi said as a lawyer, the governor should realise that he was breaking the law by holding the boy beyond 48 hours on a “frivolous claim.” “The governor is a lawyer, his deputy is a lawyer and the attorney general is a lawyer and they all know that it is wrongful of them to arrest someone and keep him in detention for more than 48 hours on a frivolous claim that the boy cloned the governor’s number and wanted to collect N3 million and some other concocted allegations which are not proven.

The family is especially concerned because of the presence of the militant Islamic group Boko Haram in the region, since Katsina state lies along the border with the country of Niger.

We find this act reprehensible and against the very spirit of freedom of expression that democracy—the vehicle that brought governor Ibrahim Shema’s administration to office—champions. We demand an immediate intervention by the Inspector General of Police and the Attorney General of the state and of the federation.  This is an abuse of the rule of law and an affront on the Nigerian constitution. We cannot but see this in the light of a looming intolerance and clampdown by the Nigerian elite against social media and internet communication. We therefore call on all people of conscience to voice their objection to this trend of official intolerance in a country where freedom of information is backed by an act of law.

The article in Premium Times details two other similar cases of digital repression for Facebook posts in the states of Bauchi and Bayelsa. Nigeria is currently tackling several critical issues as more users come online. The country has 62.4 million internet users, or about 33 percent of the population, and penetration is growing rapidly as more users utilize their mobile phones to access the web. Broadband internet, however, remains prohibitively expensive at about $110 per month. The government has responded by supporting the growth of local mobile phone production facilities and by aggressively expanding broadband deployment, with an ambitious goal of reaching 30 percent broadband penetration in 2018 [PDF].

One of the benefits of arriving late to the internet economy is that Nigeria can learn from the mistakes and successes of other countries. For example, activists are striving to implement net neutrality into law, and to legislate against corporate data mining and government surveillance. The Canadian NGO Citizen Lab identified Blue Coat devices capable of monitoring and filtering the net in 2013. However, it is not clear how these devices are being used or who exactly is operating them. Nigeria therefore is at a crossroads in which it can adopt progressive legislation and commit to free expression—something supported by its 1999 constitution—or it can create an internet infrastructure with “built-in” censorship like China.

PEN American Center has worked closely with PEN Nigeria and a coalition of digital freedom groups to promote internet freedom in the country.

UPDATE: This post was updated to include the statement by PEN Nigeria at 12:15 pm EST.

UPDATE #2: This post was modified on 9-23-2014 after new information stating that Abdumalik Sa’idu had been sent to a police hospital.