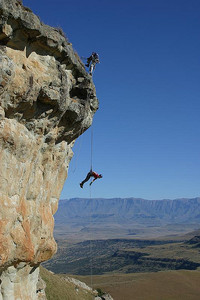 Nearly two decades after the fall of apartheid, what has changed in fact and fiction in South Africa? This Saturday, May 4, the country’s premier writers will descend on the PEN World Voices Festival of International Literature to debate literature and free expression in the country. The panel South Africa in Two Acts will feature celebrated authors Zakes Mda, Siphiwo Mahala, and Margie Orford, and will be moderated by Zimbabwean human rights attorney, writer, and PEN American Center President Peter Godwin.

This panel will be the capstone in PEN American Center’s ongoing cultural exchange with South African PEN that has been supported by the Ford Foundation and the Jerome L. Greene Foundation. Over the past 18 months, we have worked closely with South African PEN to submit a brief opposing the so-called Secrecy Bill at the United Nations and to coordinate our programming to defend free expression in South Africa. In September, I traveled with American poet and professor Cathy Park Hong to the Open Book Festival in Cape Town to participate in free expression debates. Cathy presented her astounding poetry to local schools, while I saw first-hand South African PEN’s vibrant partnership with the Nal’ibali reading clubs for children, which provide free weekly multilingual stories in major newspapers to encourage children and their parents to read.

South Africa boasts the largest economy on the African continent but has equally significant challenges to free expression and literature. Its Protection of State Information Bill, popularly known as the “Secrecy Bill”, passed in parliament last week.  The bill was introduced ostensibly to update an apartheid-era law, yet the text seriously threatens free expression and journalistic reporting in the country. At the same time individual artists have come under threat for work deemed insulting or offensive. A satirical painting of President Jacob Zuma, which featured him nude, was roundly criticized by the government and led to the vandalization of an art gallery. The country’s foremost political cartoonist Zapiro—also a member of South African PEN—has been sued by President Zuma for a total in excess of R20 million (roughly $2.1 million) for lampooning the President. (Click here for our interview with Zapiro.)

While writers navigate this shifting terrain, they are also opening new and exciting territory in literature. The publishing industry has gradually embraced new black and African voices, and crime fiction in particular has experienced a surge, propelled in part by Executive Vice President of South African PEN Margie Orford, who has penned several successful novels. Together with Nobel Laureate J.M. Coetzee, Zakes Mda continues to be the most widely read South African author, while Siphiwo Mahala represents a new generation of expressive voices in the country.

Join us for this challenging and delightful panel with the most dynamic voices from the Rainbow Nation.