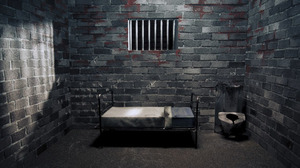 In the 1970s there was a general tendency to regard the basic aim of imprisonment as rehabilitation of the criminal rather than as punishment. In addition, federal courts—often as a result of prisoners acting as their own lawyers—began to recognize for the first time that prisoners had constitutional rights. Most notably, the right to due process prior to disciplinary sanctions, and freedom from cruel and unusual punishment in the form of deplorable prison conditions.

This of course didn’t last. Before long the emphasis of prisoners’ rights and prison reform, distinguishably trail blazed by the events at Attica State Prison in New York, followed by several other less publicized prison uprisings and riots towards the same agendas, began to evaporate in the face of the prison population swelling due to the “War on Drugs” and “Tough on Crime” crusades.

By the mid-1970s, a series of decisions by the U.S. Supreme Court gutted the protections earlier envisioned as guarantees of prisoners’ welfare and dignity. Rather than continue implementing rehabilitative programs, prisoncrats throughout the country began to develop special solitary confinement units (Control/ Security Housing Units).

One of the very first of these units was built at the Marrion Federal Penitentiary in Illinois. Here began the confinement of men to tiny cells the size of a parking space for 23 or 24 hours a day. Solitary confinement units have always been part of the prison environment. In some cases it had been used to place prisoners in protective custody when either the prisoner or prison staff believed that a life-threatening situation existed. And of course, solitary confinement has traditionally been used as a disciplinary measure to punish infractions of prison rules.

However, the idea of these Security Housing Units (SHU) was very different. Namely, that certain prisoners had to be permanently separated from the general population due to their supposed influence on other prisoners. In essence, men were now being subjected to prolonged isolation for an indefinite period, whereby being relegated to the status of incorrigible specimens who could only be controlled, governed, conditioned and suppressed to dehumanizing submission. In simple terms, [SHUs were designed] to break a man’s spirit.

This idea soon caught on and isolation units were being established everywhere, and not long after, they were being requested to be constructed into new prisons. For over 25 years here in California, the California Department of Corrections and Rehabilitation (CDCR) has had a policy of removing prisoners from the general population, validating them as either prison gang members or associates, and indefinitely confining them to said types of isolation units. And like other political figures, prison officials used propaganda about the supposed menace of these prison gangs and the difficulties and dangers of dealing with them, to encourage and maintain public indifference to what prisoners were going through on the inside.

In the 1980s, under the above guise, most of these men were placed at either Duel Vocational Institute (Tracy), [Old] Folsom and San Quentin State Prisons, and Soledad Correctional Training Facility, where over 1/5 of the general population at these institutions were housed in each of its administrative segregation lock-up units.

Ultimately falling in line with the trend of the times, California opened three (3) max-security housing units of its own at Tehachapi, Corcoran, and Pelican Bay State Prisons. Most recently, CDCR opened a fourth SHU at [Old] Folsom State Prison, where approximately 4,000 men combined are now being housed for up to 5, 10, 20, and even over 30 years.

These SHUs are literally human warehouses, saturated by recycled air and blight monotony. Both days and nights are cloaked with the eerie sense of history repeating itself. Specifically, that of the 16th-19th centuries, where the indigenous populations of the Americas were slowly being eradicated by their oppressors. The only difference here is committing the actual deed, and the name it is being done under: “Safety and Security,” both of which resemble “Liberty” in that, many are the crimes committed in its name.

By 1997, 45 states and the District of Columbia, as well the federal prison system, were operating these types of Security Housing Units, with California holding more prisoners than any other U.S. state, or nation, which continues to grow.

The majority of California prisoners serving indeterminate SHU terms is the result of these pseudo-prison gang validations—policies to which civil rights lawyers have long been critical of. The procedures used to identify prison gang affiliates are severely flawed and lacking in meaningful due process protections. Evidence used in these proceedings would never satisfy the “preponderance of the evidence” standard required of a normal legal proceeding. But because of the U.S. Supreme Court decision in Superintendent v. Hill (1985)[472 U.S. 445], holding that the due process clause requires only the existence of “some evidence” in support of a decision to segregate an inmate, the court basically gave prison administrators more arbitrary powers and discretion over prisoners’ daily lives; shrinking further and further the process of any accountability for, or recourse from, the many perverse ways they have come to abuse that power. Under current policy, validated prisoners are not allowed to confront their accusers (or even know who they are), nor are they allowed to cross-examine any witnesses, present their own evidence, or argue their case before any neutral decision maker.

In 1999, after many individual petitions and class actions suits brought before both state and federal courts challenging these policies and inhumane SHU conditions, the six (6) year “Active/Inactive Gang Status Review” was created and implemented into the gang management policies. This policy requires a validated prisoner to remain free from any and all gang activity, and association with other validated prisoners for no period less than six (6) years in order to be considered for (but rarely granted) general population release.

It is a policy and process just as flawed as ones giving initial gang validation, because the crux of it is: gang activity is whatever these alleged gang intelligence experts choose to deem as gang related, without [prisoners] being afforded a meaningful opportunity of contesting them.

The procedural due process protections currently in place consist of being reviewed every 180 days and annually. However, these reviews are largely meaningless gestures and facades, in light of one first having to complete the minimal six-year requisite.

Since the late 1990s to present, it has been evident that prisoners are not being validated in good faith to restore order or to maintain security, but maliciously for the purpose of causing pain, inflicting punishment, and destroying any contact and relationships a prisoner may have with the outside world. Equally evident is the fact that, despite the construction of California SHUs, prison violence is far more violent now than it was over 25 years ago.

California prison gang validations have become a pretext for indefinitely confining its inmates to these SHUs at the expense of their well-being, with its only real escape coming in one of three ways: an individual can either choose to “debrief,” that is to tell gang investigators everything they know about who’s involved in gang activity inside and outside the prison system, including crimes in which they’ve committed themselves; parole; or die. “Snitch, Parole, or Die,” as the policy is more commonly known by.

Most people will never experience, and never really know what it is like to be isolated for many uninterrupted years. But its like being locked in a trunk of a car with just enough weather stripping removed so that one can breath, and with enough food and water stuffed in everyday so that they can physically survive. Soon you realize what it actually means when it is said that we as people are social beings.

Social science and clinical literature has consistently attested to that fact and have reported that, when human beings are subjected to isolation and reduced environmental stimulation, their lives internally and externally are disrupted, inevitably leading to the development of a predictable group of symptoms, e.g. anxiety, frustration, dejection, boredom, abandonment, paranoia, severe depression and rumination. Facts supported by an ample and growing body of evidence say that this phenomenon especially occurs among prisoners in solitary confinement— prisoners who are by definition subjected to a significant degree of isolation and reduced environmental stimulation.

In 2011, after endless years of enduring such isolation and psychological torture, a collective group of men confined to Pelican Bay State Prison SHU, initiated two separate statewide hunger strikes during the months of July and September. These protests were aimed towards reforming the inhumane conditions indefinite SHU confinement prisoners have been subjected to. This collective group of prisoners compiled a list of five demands for CDCR officials, which were:

In October, in response to said hunger strikes, CDCR officials outlined changes that would be made in the SHU program, and in March of 2012, released new proposed gang management policies. Under these new policies, however, accused gang members can still be segregated for lengthy periods of time, SHU conditions remain largely the same, and other changes are mere window-dressing. Overall, the CDCR’s proposal shows that they will continue to resist both change and accountability.

The month of March was also significant with Juan Mendez, a United Nations Special Rapporteur [sic] on Torture (followed by California prisoners and their advocates), petitioning the UN to end lengthy solitary confinement in prisons, expressing the concern that it would inevitably result in serious mental and physical damage amounting to torture.

So what lies ahead… a united group of human beings, standing steadfast and determined by relentless spirits in bringing about actual reform to these SHUs and regaining the right to being treated humanely. This also comes with the knowledge that the oppressing power in opposition to such changes will concede to nothing absent a committed struggle and demand… A struggle and demand that will come at a cost, but a cost to which strength to live and reasons for acting should continue to be drawn from.