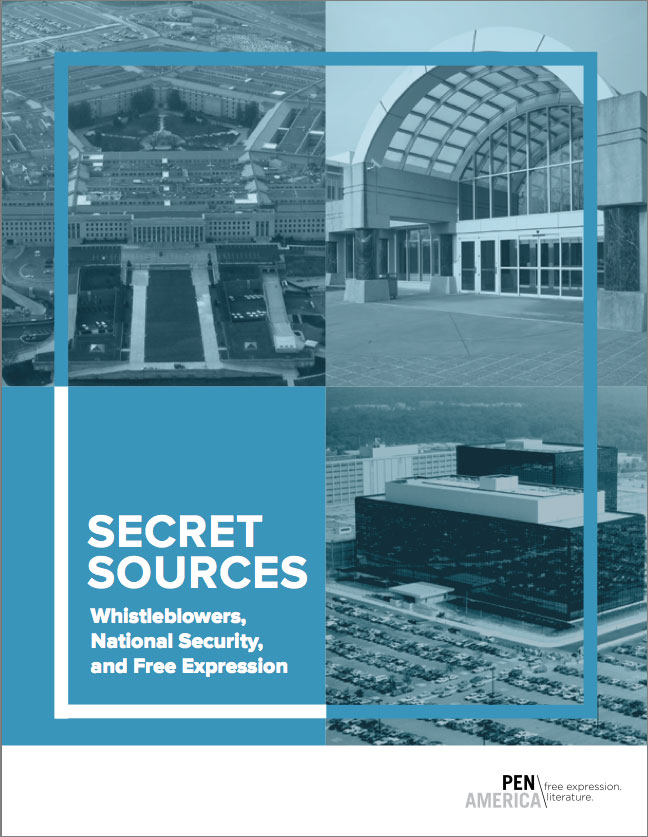 Drawing on interviews with leakers, lawyers, scholars, journalists, and government representatives, Secret Sources: Whistleblowers, National Security, and Free Expression reveals massive holes in the laws and regulations covering whistleblowing by intelligence workers, particularly when raising valid constitutional or ethical issues about a government action that has been previously authorized by an agency head or Congress as legal. PEN’s report demonstrates how these gaps in the existing scheme of protections pose high risks for national security workers wishing to expose alleged wrongdoing, undercut the ability of journalists to report on information in the public interest and to protect sources, and largely exclude the national security sphere from the crucial check on abuses that whistleblowers provide in other areas of the U.S. government.

1) Ensure strong, clear protections for government whistleblowers that apply across agencies and to all categories of workers, including contractors;

2) Reform the impenetrable Espionage Act to allow defendants to raise a public interest defense in cases of disclosure to the public, and limit prosecutions under the Act to offenders intending to harm U.S. national defense;

3) Implement protections against employment retaliation and criminal prosecution of whistleblowers, including access to courts for recourse.

Presentation of the Report’s Key Findings