Press Freedom Under Fire in Ferguson 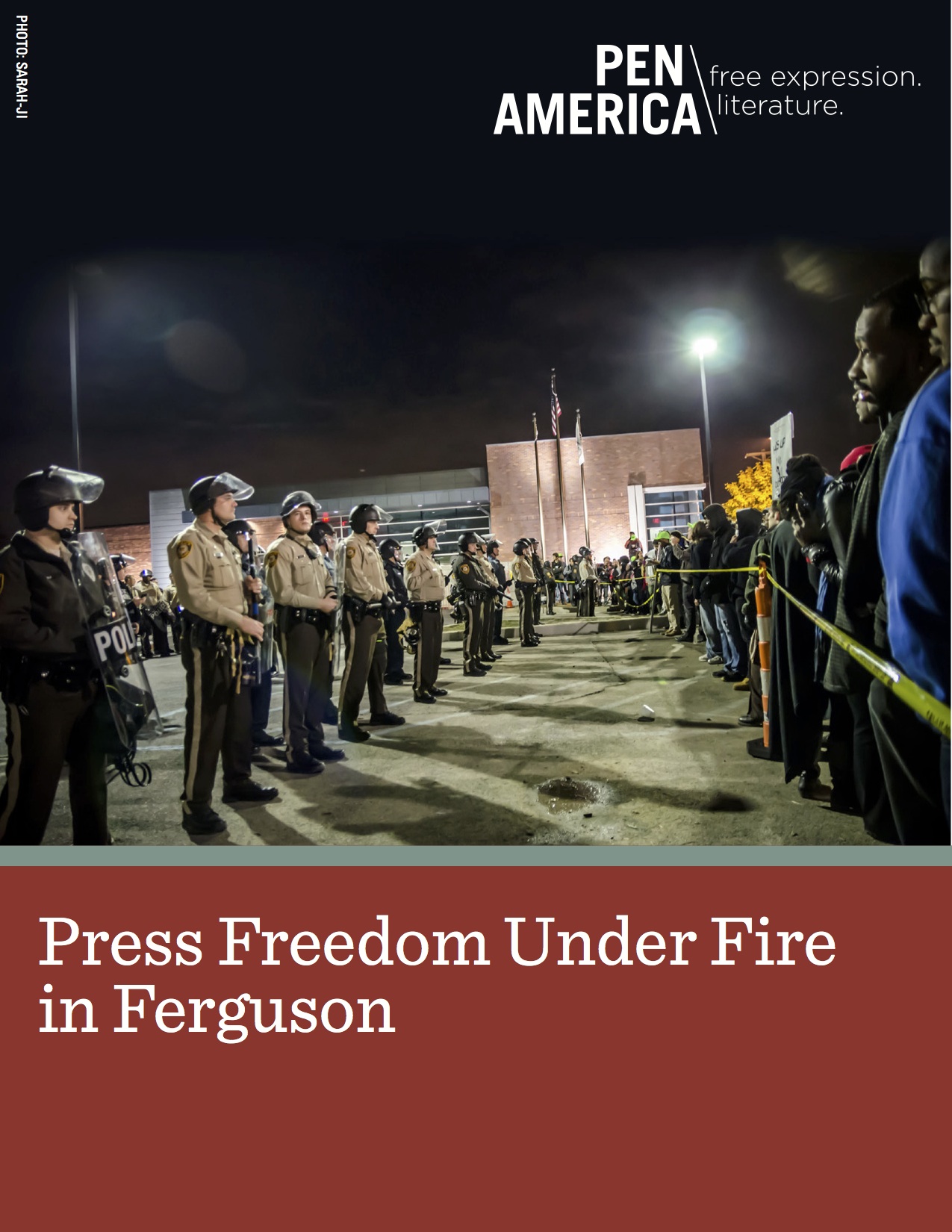 On August 9, 2014, Ferguson Police Department Officer Darren Wilson shot Michael Brown six times, killing him. Brown’s killing touched off protests in Ferguson that grew into several weeks of demonstrations. The aggressive law enforcement response to the protests drew national attention. As the protests continued, reports of police interference with the media, including arrests, physical assault, threats, and obstructing the media’s access to the scene, became increasingly frequent. This report compiles 52 alleged violations of freedom of the press during the Ferguson protests. These infringements contravene a right that is protected under both the U.S. Constitution and international human rights law.

On the basis of these findings, PEN American Center calls upon the U.S. Department of Justice to carry out investigations into violations of press freedom that took place in the context of the Ferguson protests. Such investigations would shed essential light on the factors that drove law enforcement officers in Ferguson to infringe on media freedoms, and on the necessary steps to ensure that in an era of instantaneous transmission, cell phone cameras and citizen journalists, the rights of members of the press and of the public at large are upheld in the context of protests and public assemblies.

Police are three times more likely to use force against protesters if they’re leftwing, the U.S. Crisis Monitor concludes. https://bit.ly/39vSkiNP

"Originality isn’t dead; in fact, it’s alive and thriving within and around us." In this week's #PENTen interview we pick @AskMateo's brain on truth, fiction, creative processes, and his latest book BLACK BUCK: https://bit.ly/3bRnyUz.

In @nytopinion, our CEO @SuzanneNossel writes that while Trump's impeachment for inciting insurrection is justified, the strictly legal definition of incitement is narrow and for good reason. Expanding that definition could be a risk to free expression. https://www.nytimes.com/2021/01/14/opinion/trump-trial-incitement.html