Global Chilling: The Impact of Mass Surveillance on International Writers 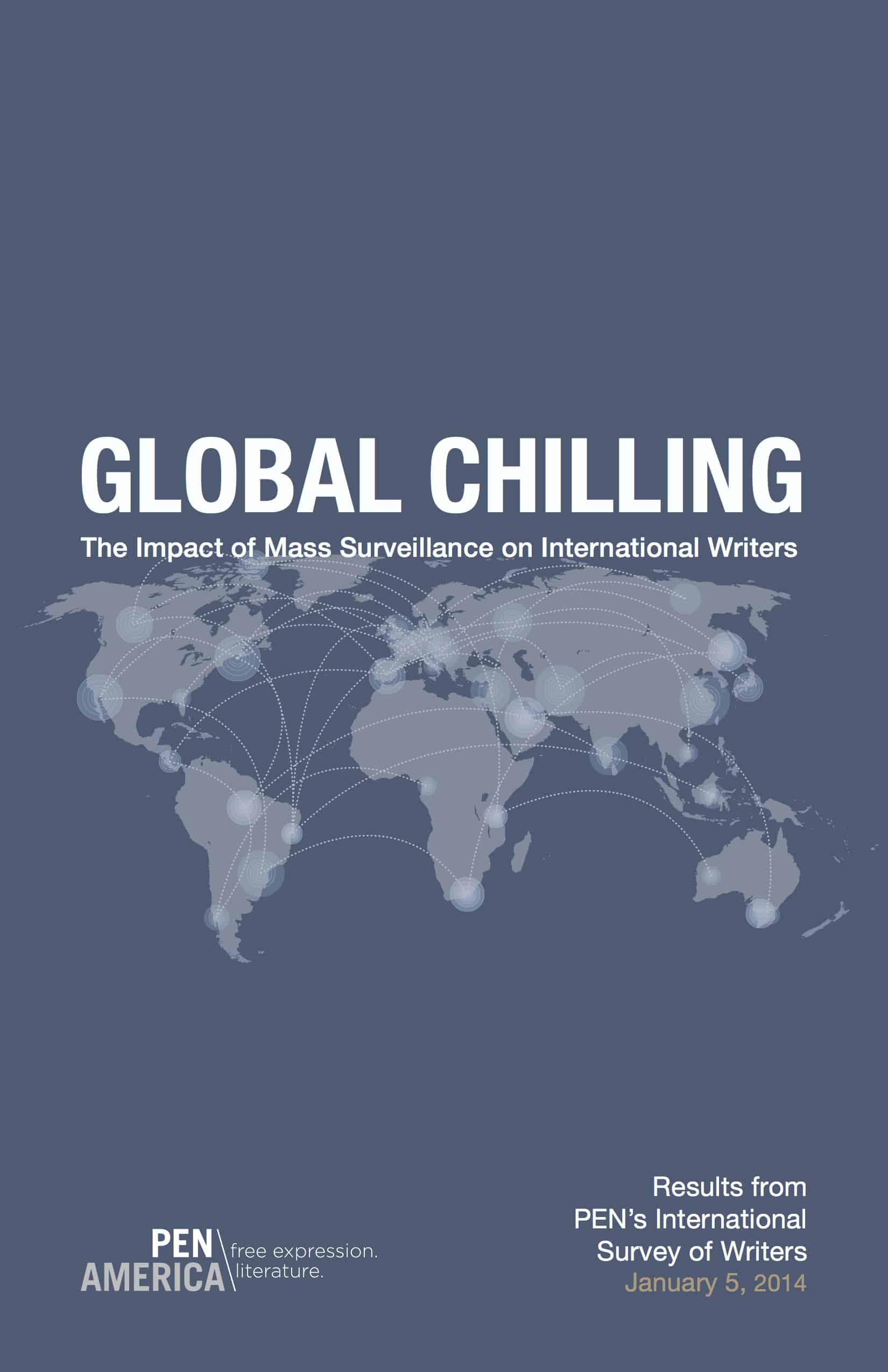 Global Chilling: The Impact of Mass Surveillance on International Writers is a new report demonstrating the damaging impact of surveillance by the United States and other governments on free expression and creative freedom around the world.

The report’s revelations, based on a survey of nearly 800 writers worldwide, are alarming. Concern about surveillance is now nearly as high among writers living in democracies (75%) as among those living in non-democracies (80%). The levels of self-censorship reported by writers living in democratic countries are approaching the levels reported by writers living in authoritarian or semi-democratic countries. And writers around the world think that mass surveillance has significantly damaged U.S. credibility as a global champion of free expression for the long term.

On the basis of the survey findings, PEN urges the newly seated U.S. Congress to put reform of mass surveillance programs that violate constitutional and international human rights at the top of its to-do list.