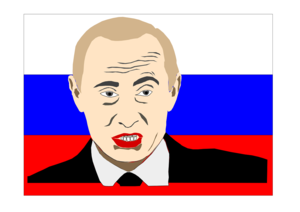 In the latest assault on free expression in Russia, President Vladimir Putin signed a law requiring bloggers receiving more than 3,000 visitors per day to register with the state. The law will clamp down on one of the few remaining spaces for critical and democratic dialogue in the country by removing anonymity and effectively imposing prior restraint on speech. Below, author Grigory Pasko from PEN Russia expressed his concerns about the new legislation just before it was signed into law.

On April 29, Russia’s upper house of Parliament approved a law that curtails the rights of bloggers, and places constraints on any web pages with more than 3,000 daily hits.

In my view, there can only be one reason why they’ve adopted these measures. Once again – and it wouldn’t be for the first time in Russia – our right to freedom of expression is being infringed. That violates Article 19 of the Universal Declaration of Human Rights, which states everyone has the right to freedom of opinion and the right to freely express it; this includes the freedom to seek, receive and impart information and ideas through any medium, regardless of national frontiers. The new law also contravenes Article 29 of the Russian Constitution, which grants everyone the right and freedom to seek, send, receive, generate and disseminate information by all lawful means.

I’ve been a journalist and blogger and since 2009, and I’ve been the director of a ‘School for Bloggers’. Since it was founded five years ago, we’ve been supported by the Foundation for Investigative Journalism and the Glasnost Defence Foundation. I’m convinced we need this sort of school: bloggers do necessary and important work. They make a valuable contribution to the professional world of journalism and play a key role as citizen journalists.

Citizen journalists tend to be attracted to investigative work and usually have a flair for it too. Perhaps the best-known example over the last few years is the blogger and politician, Alexei Navalny. The investigative work he publishes on social media sites is precisely what has led to the adoption of this law which infringes bloggers’ rights.

In the world of blog posts, recurring themes tend to focus on general exchanges of opinion, on criticising Putin’s leadership of Russia and criticising his inner circle of fraudsters. Social media helps in a variety of ways to bring together and organise those who oppose Putin’s policies, both domestically and abroad.

That is why those in power in Russia really dislike bloggers. The state is particularly wary of bloggers who try to investigate cases that are kept secret.

The state is covering up information which shows how widespread corruption is in Russia. Much of what it now does is cloaked in secrecy. It is up to the joint efforts of bloggers, human rights activists and citizen campaigners to search out the truth together. Drawing on my own experience, I would say, for example, that Gazprom is a much more secretive organisation than the Ministry of Defence. There is no other country in the world where privately or semi-state-owned oil and gas corporations are locked down to quite the same extent as Gazprom. Getting any sort of information out at all is almost impossible. I concluded this was true after my own experience, when I spent a year trying to investigate the construction of the Nord Stream gas pipeline.

In Russia, not even journalists can investigate corruption, criminal activity and scandals involving government officials without being obstructed in their search for information. And that’s to say nothing of the bloggers! Even then, many of them are very effective.

That’s what the government is not happy about. And that’s why it’s been trying for some time to bring the blogosphere – in fact the entirety of the social networking world – to heel.

Access to popular opposition websites was recently blocked, including to kasparov.ru, grani.ru and the Russian LiveJournal site, ej.ru.

This is also a confrontation between the state and opposition groups, a struggle for freedom of speech.

We can’t just sit and write calmly about these issues, making enquiries and offering analysis. Of course, the letter of the law says that’s exactly what we have the right to do. But in practice, the result would be either no answer at all, or partial answers at best. That’s why we must campaign for the rights of the journalist, while also thinking about how we should defend ourselves. Our foundation runs seminars that explore useful tools and methods for finding the information you need and keeping it secure, as well as methods of keeping safe, both physically and legally.

Freedom is the key to every social media site. For the moment. But there is no love lost for freedom of speech among those in Russia’s corridors of power. They are trying to stifle it at every turn. And one of the ways they set about doing this is to deem bloggers and journalists to be on an equal footing. This is also a confrontation between the state and opposition groups, a struggle for freedom of speech.

Grigory Pasko, Director of the Foundation for Investigative Journalism, member of PEN Russia

Read the original text in Russian

Learn how you can take action here

Books saved me. They empowered me.They showed me a way in and they showed me a way out. They gave me a voice. Books are that powerful. They are lifelines. We cannot let the banners win. #righttoread #freadom @jonfreadom @TasslynM @PENamerica

Read the findings in the new PEN America report #AmericasCensoredClassrooms: