The PEN Ten with Sorayya Khan 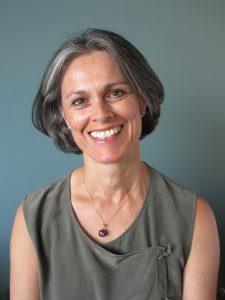 The PEN Ten is PEN America’s weekly interview series. This week, Hafizah Geter, editor at Little A and Day One from Amazon Publishing, speaks to Sorayya Khan, whose book, City of Spies, makes its American debut this month from Little A.

When did being a writer begin to inform your sense of identity?
Not until I published my first novel. My copies arrived in two boxes that my small children insisted on carrying to my study. I followed from behind as they struggled with the stairs, suddenly struck that their arms were wrapped around my years of work. The heft of the boxes in their little arms made me want to shout, “Yes! I’m a writer.” I kept it to myself, but from then on, when asked, “I’m a writer,” had an ease to it.

Where is your favorite place to write?
I can write anywhere. I once wrote a scene on the back of a used envelope in the car while waiting for my children. More recently, I discovered that I like writing on an airplane when I’m flying solo. I’ve also learned to type notes into my phone when I’m on a walk and afraid I might forget an idea. I suppose my favorite place to write is in my study, with the desk clean, the door closed, and the window facing our neighbor’s garden.

Obsessions are influences—what are yours?
I’m obsessed with the news, although these days I force myself not to listen to it the very moment I wake up, lest my day be spent in despair. I’m obsessed with walking and must do it every day; the motion grounds me, as if it is focus and relaxation in one. I’ve always been obsessed with exercise, but I think in recent years my need to walk—no matter what the weather—has raised it to a different level. Last year, after my mother died, I became obsessed with reading grief memoirs, but I think I may finally be reaching the end of that run because no amount of anyone else’s grief will bring her back.

What’s the most daring thing you’ve ever put into words?
I’m not nearly daring enough in my writing. But what is out of my comfort zone and required more courage than I’m accustomed to is my recent essay in Longreads, which is about my family’s experience with race in the United States. The present, in this country, calls for more courage. I’m trying to muster mine.

What is the responsibility of the writer?
To say something about our world and our relationship to it. To see.

Recognizing years of cultural theft and appropriation, to whom would you like to give back the crown?
There are countless deserving candidates because theft and appropriation is continuous and everywhere. One place to start would be with returning the spoils of colonialism locked in museums to their rightful owners—the Ishtar Gate of Babylon in Berlin to Iraq, the Pantheon Marbles in London to Greece, the Rosetta Stone in London to Egypt. And on and on.

How has the very public mainstreaming of bigotry and more visible and documented police violence resonated in your personal life and writing?
The country feels different, more dangerous. Borders have always been fraught for me, but airport passport controls are terrifying now. Rights are precarious, and even though we’ve been moving in this direction for a long while, it’s still shocking and I find I’m unprepared.

I’ve always believed that writing is a political act, a way to explore injustice, a place to contemplate complicity, forgiveness, and the possibility of a better world. These days, my focus is sharpened and my need to write is more urgent. Wasting time doesn’t seem like an option. There’s so much work to do.

What book would you send to a government leader, domestic or foreign, who censors (or inhabits) marginalized and/or dissenting voices?
I wouldn’t. They wouldn’t read it.

Sorayya Khan is the author of two previous novels, Noor and Five Queen’s Road. She is the recipient of a U.S. Fulbright award, and City of Spies was the 2015 winner of the Best International Fiction Book at the Sharjah International Book Fair. City of Spies makes its American debut this September.

Born in Zaria, Nigeria, Hafizah Geter serves on the board of VIDA: Women in the Literary Arts and co-curates the reading series EMPIRE with Ricardo Maldonado. Her poems have appeared or are forthcoming in The New Yorker, Tin House, Narrative Magazine, Gulf Coast, Boston Review, Los Angeles Review of Books, and West Branch, among others. She is on the Poetry Committee and Bookends Committee for the Brooklyn Book Festival and is currently an editor for Little A and Day One from Amazon Publishing.