On Magic, History, and Storytelling: The PEN Ten with S. A. Chakraborty 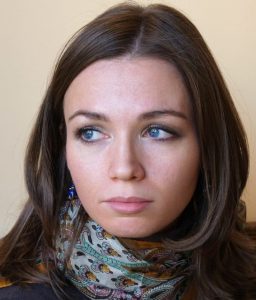 1. How does your identity shape your writing? Is there such a thing as “the writer’s identity”?
I think every writer is shaped by different parts of their identity, both consciously and subconsciously. I’ll knowingly pull on my experiences as a mother to craft responses between a fictional mother and son, but not realize until an interviewer points it out how much of the same book revolves around the main character battling through my shared imposter syndrome.

In terms of identity? I’m a commercial fantasy writer, looking to entertain my audience with fantastical tales that mix history with myth and magic. That’s something humans have been doing for a very long time, and I like being part of a long tradition of storytelling, whether that’s ancient tales shared around a campfire or modern podcasts.

“I like being part of a long tradition of storytelling, whether that’s ancient tales shared around a campfire or modern podcasts.”

2. In an era of “alternative facts” and “fake news,” how does your writing navigate truth? And what is the relationship between truth and fiction?
I’m currently editing a scene that involves winged lions and smoke-conjured armor, so I’m not certain I’m the best writer to ask about truth. But that being said, words and stories have great power and I think setting a scene that pulls from the real world but is set in a fictional one can cause readers to reassess and question things in a way they might not have otherwise. Part of The Daevabad Trilogy involves characters coming (or not coming) to terms with the fact that they belong to an oppressor class and that their lives rest on the continued persecution of another people—and that dismantling such a system is going to be more challenging, personal, and complicated than they could have ever imagined. No one likes to think of themselves as a villain but a good number of us in today’s world could stand to look these comparisons in the eye.

3. Writers are often influenced by the words of others, building up from the foundations others have laid. Where is the line between inspiration and appropriation?
I believe in giving credit and being honest. I’m not sure an entirely original story is possible anymore; people have been telling stories for a long time and I think we’re usually adding new spins and responses to already existing tales, themes, and tropes. Which is fine—I like seeing fresh takes on familiar narratives.

That being said, fantasy novels often require the creation of new worlds—and far too often writers resort to lifting whole-sale from cultures not their own, botching it, and then waving away any harm by claiming “it’s fiction.” It’s not, and the stereotyping it continues is damn real enough. I think authors can write about characters and worlds not their own, but do it in a way that is respectful, honest, and humble—not shying away when things get uncomfortable.

4. “Resistance” is a long-employed term that has come to mean anything from resisting tyranny, to resisting societal norms, to resisting negative urges and bad habits, and so much more. It there anything you are resisting right now? Is your writing involved in that act of resistance?
We live in a deeply unjust world, one in which modern media has made us increasingly aware of the seemingly unfathomable depths of human cruelty and political corruption—so quite frankly, I think continuing to live and fight instead of giving in to despair is its own form of resistance. I want to write stories about characters who don’t usually get to be the hero having their shining moments, stories that mix joy and humor with grief and helplessness, and ones that give readers hope that, in the darkest times, there is still a glimmer of light worth fighting for.

5. What do you consider to be the biggest threat to free expression today? Have there been times when your right to free expression has been challenged?
The past few years have been some of the most dangerous on record for journalists, with populist leaders inciting violence against newspapers and government officials orchestrating the assassinations of anyone who questions their lies, let alone investigates their actions. A healthy, functioning society requires honest, reliable news and not enough is being done to protect the people who are being murdered and threatened simply for telling the truth.

Compared to that, no, my right to free expression hasn’t been challenged. There’s an enormous difference between someone criticizing a novel and being blacklisted or hauled off to jail.

6. What’s the most daring thing you’ve ever put into words?
I write historical fantasy largely inspired by the medieval Islamic world and in doing so, I often try to recreate the society and mores of the period—some of which were far more subversive and open than I think most people realize, particularly when it comes to sexuality and religious practices. I’m not sure it’s “daring” but I know it challenges certain preconceived notions—I’m Muslim myself and there are plenty of historical accounts I know I’ve found shocking! But I think it’s important to show that people have always been complex and, if you’re working with historical fiction, to present a view of the past that is both honest and pulls the reader in.

7. Have you ever written something you wish you could take back? What was your course of action?
I certainly have; I think all writers have if we’re telling the truth. I’m still relatively new at this, but I’ve caught plenty of things, my agent and editor others, and I’m sure I’ve made mistakes I’ve yet to realize. One that sticks out in my mind is that I wish I’d been a bit clearer about a same-sex relationship in The City of Brass. We only see it through the eyes of another character, a rather oblivious young man who doesn’t put together the signs I wanted to be clear to readers. But in hindsight, I think I could have found ways to make it more obvious and it’s a lesson I’ll take with me. There’s already too much queerbaiting in science fiction and fantasy.

8. Post, stalk, or shun: What is your relationship to social media as a writer?
I maintain a fairly regular presence on Twitter. I enjoy the type of watercooler talk you get with other writers and think the history/academic side of social media is fascinating—I’ve learned so much and connected with new scholars and sources of research. I originally wanted to be a history professor so I get a kick out of sharing new things I’m reading or bits of history I think people might find interesting. That being said, it can be hard to navigate the personal/public divide and find a level of accessibility you’re comfortable with. I love interacting with readers but find myself preferring to keep much of my private life just that.

9. Can you tell us about a piece of writing that has influenced you that readers might not know about?
Amitav Ghosh’s In an Antique Land is a fascinating book that chronicles his time living in an Egyptian village and researching the life of a 12th century Indian slave mentioned in the Cairo Geniza, a collection of correspondence chronicling the lives of the city’s medieval Jewish merchants. I cannot write a summary that does this book justice, but it opened my mind to so many histories I hadn’t heard of and its exploration of identity was strikingly powerful. It would also introduce me to the medieval Indian Ocean world, which I ended up studying in college—research that would eventually form the basis of my own work.

10. In previous interviews, you’ve said that you wrote your debut novel, The City of Brass, for your community and to expand positive representations of Muslims in science fiction and fantasy. Can you speak more about loving and working in a genre that often doesn’t make space for your community? How do you make room to tell authentic stories with that kind of history behind the genre?
By looking at the history of science fiction and fantasy through a different lens. The common perception of the genre—that it was invented by white men about a hundred years ago and until recently dominated by them—is its own fiction, one that ignores the stories of untold writers and the amount of gatekeeping and suppression it took to keep the field looking that way. People have been telling and writing these kinds of tales for centuries; my own novel is probably as close in spirit to Sirat Sayf ibn Dhi Yazan, a 15th-century Arabic adventure that mixes up magic, history, and Islam, as to anything Tolkien wrote. And I don’t say this only as a critique—I enjoy plenty of the Western classical canon, but I think we need to reexamine why we consider it genre canon and make room for other works. Too much of the language surrounding science fiction and fantasy writers from marginalized communities discusses them as outsiders and newcomers, as if we should tiptoe politely into the field. That’s nonsense. We’ve always been here, whether or not certain parts of the publishing industry has seen it, and we should get the same opportunities to dream up tales of adventure and share them with the world.

“Being a Writer is a Matter of Doing”: A PEN Ten Interview with Yoon Ha Lee