The PEN Ten with Kristen Radtke 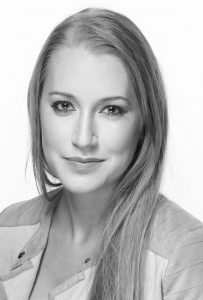 The PEN Ten is PEN America’s weekly interview series.  This week, we speak with Kristen Radtke, a writer and illustrator based in Brooklyn. Radtke’s first book, a graphic memoir titled Imagine Wanting Only This, was published on April 18 by Pantheon. In this interview, Radtke discusses her obsession with ruins and decay, her surprise at becoming a graphic novelist, and the catalogs in the Library of Congress.

I remember “writing a book” in a spiral-bound notebook a few times as a kid—I think a lot of writers have those memories. In high school I took my job at the school paper pretty seriously. By my second year in college, I was relatively certain that’s who I was and that’s what I’d always be doing. I didn’t know what it’d look like, exactly—I thought I’d be a journalist but quickly learned I was terrified of talking to strangers, which made interviews difficult—but there really wasn’t anything else I thought I’d be doing than writing. If you’d told me I’d be making graphic novels 10 years later, though, I’m sure I’d have been very surprised.

Man, listing all those people would be longer than my book itself.

I think to write even short pieces regularly means you have to be really susceptible to obsession. So much of the work is being stuck inside one thing for an extended period of time without getting bored, or without getting so bored that you stop working. Sometimes I think that process drives the obsession out of you. I felt completely consumed by ruins and decay and abandoned cities for a decade, and I made a book about it. But now that it’s done, that fascination feels a little smaller, too. Maybe it’s just my brain shutting that part off for now to allow me space to work on other things.

I can’t say that I’ve felt particularly brave in anything I’ve ever published. There were a lot of things I wanted to say in my first book that I didn’t have the guts to put down. I’m okay with that. I’ll do better next time.

Home. I love working at home. The subway and airplanes are a close second and third, though.

To do good work and turn that work in on time. I think we owe a lot to one another as human beings, but I don’t know if we can always apply that debt to our work without crushing the work entirely.

It has?! Of course I think writers serve a collective purpose. Culturally the function of writers has shifted, but I don’t necessarily think that’s a bad thing. But I don’t know that I can be the best judge about the current state of a group that I belong to. I’ll always think art matters.

Not ever. But choosing not to give someone a platform isn’t the same thing as censorship, and I think we get into trouble when we conflate the two.

I haven’t. Once when I was fifteen a cop caught me in a park after dark with a boy and the cop called my parents.

A catalog listing all the books in the Library of Congress.

The PEN Ten with Kelly Forsythe

The PEN Ten with Molly Crabapple

PEN America's Eurasia program director @PSadovskaya2020 joined @TLHumanRights for a hearing today on the state of human rights in Russia and offered recommendations to Congress in addition to giving her testimony.