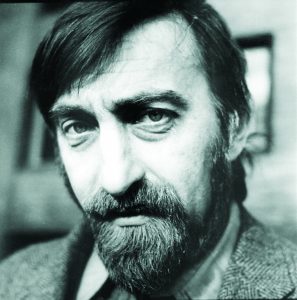 As far back as I remember, I thought of myself as a writer. My father was a painter and I wanted to make art of my own in one way or another.

I am taken—obsessed if you will—with the idea of making fictions.

My third novel, Reruns, was a breakthrough work, a discovery of the kind of fiction I most wanted to write.

One writes to discover a truth that is truer than what existed before.

I am not concerned, perhaps marginally, with the missions of other writers.

A copy of the Bill of Rights and perhaps Lincoln’s Gettysburg Address.

Surveillance is an intrusion on one’s privacy. Observation is the province of everyone.

Co-founder of the Fiction Collective in 1973 (reinvented as FC2 in 1988), Jonathan Baumbach is the author of 14 books of fiction and over 90 published stories. His work has appeared in Esquire, American Review, Tri Quarterly, Partisan Review, and Iowa Review, and has been anthologized in Best American Short Stories, The O. Henry Prize, and The Best of Tri-Quarterly. His new books are The Pavilion of Former Wives (Dzanc Books, December 13, 2016) and Shots in the Dark: Collected Film Criticism (The Critical Press, February 14).

The PEN Ten with Lauren Cerand