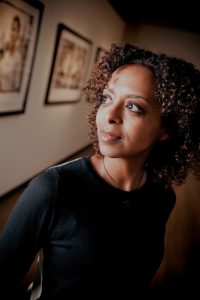 1. What was the first book or piece of writing that had a profound impact on you?
I remember reading Fanon’s Wretched of the Earth in college and devouring that book as everything around me shifted. I felt memories crystallize, take shape into a narrative I’d been searching to comprehend as an immigrant, as a black person in America, and as a woman.

2. How does your writing navigate truth? What is the relationship between truth and fiction?
I write fiction that revolves around archival research and historical events. What I search for in documented history: what happened, is not necessarily what I seek when I write it down: what was it like, and what was left out. I go back to something Breyten Breytenbach once told me, that fiction tells a truth that history cannot. I lean into fictive truths.

4. What is one book or piece of writing you love that readers might not know about?
Kintu, by Jennifer Makumbi, is a classic. And everyone should also read Daša Drndić’s Trieste. 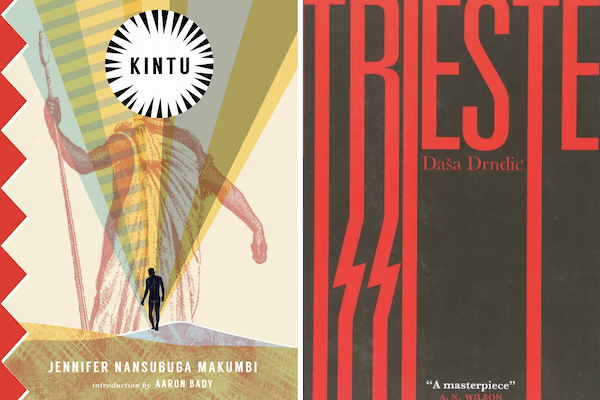 5. How can writers affect resistance movements?
This question feels impossibly naive and/or hopeful, but I completely understand the impulse to imagine this scenario. I think that rather than affecting resistance movements, however, writers have the ability to shift perspectives one person at a time. We have the ability to push conversations in certain directions. We can influence individuals, who then lead movements.

6. What is your favorite bookstore or library?
There are way too many to name, but there’s a certain mobile library in the highlands of Ethiopia powered by a simple but stubborn donkey that goes from village to village bringing books to children and it has my heart.

7. What is the last book you read? What are you reading next?
I read several books at once. I recently re-read Hilary Mantel’s Giving Up the Ghost in a palm-sized edition beautifully published by Picador that was breathtaking, again. Miriam Toews’s Women Talking was spectacular, and I just also finished Curzio Malaparte’s Kaputt. I’m currently reading Cristo si è fermato a Eboli by Carlo Levi. I’m waiting for the final book in the Cromwell trilogy by Hilary Mantel, Djaimilia Almeida’s That Hair, translated from Portuguese by Eric Becker, and Mik Awake’s debut.

8. What do you consider to be the biggest threat to free expression today? Have there been times when your right to free expression has been challenged?
The attacks on free press and media feel like an urgent signal for writers and journalists to continue to call out injustice and stand together. I find that the atmosphere of fear pervasive in this country has created self-censorship. That proverbial Thanksgiving dinner, where we’re forced to confront offensive thinking within our circles, is expanding. We are growing more divided, which makes speaking up and writing dangerously even more important. I strive to do that but I cannot pretend that my writing has faced the same oppressive responses as other writers, such as Burhan Sönmez from Turkey, or the formerly imprisoned Zone 9 bloggers from Ethiopia, or all those exiled journalists around the world. They are my heroes.

9. How does your identity shape your writing? Is there such a thing as “the writer’s identity”?
I don’t know what it’s like to write as anyone else but myself. Doesn’t everyone’s identity shape the way they read, write, exist? How do I pick out which words, which images, which concepts stem from this as opposed to that? And is there an unspoken standard that I’m to set myself against? If anything, I think a writer’s identity is that of someone who has pledged allegiance to seeking and challenging truths. If I’m writing as I should, I am in exile from my own identity, I am challenging my own comfort zones.

“I think a writer’s identity is that of someone who has pledged allegiance to seeking and challenging truths.”

10. What is the most daring thing you’ve ever put into words? Have you ever written something you wish you could take back?
I haven’t written anything I wished I could take back, but there have been a couple of scenes in my first book, Beneath the Lion’s Gaze, and now in The Shadow King, that were very difficult to write. My stories center around war (WWII in The Shadow King, revolution in BTLG) so I find myself having to balance what happens in war with maintaining a level of integrity in the writing and for my characters. I push the line as much as possible, to get closer to the truths of war, and I force the novel’s structural elements to follow suit. I hope each book I write is more daring than the other in that sense.

13. Which writer, living or dead, would you most like to meet? What would you like to discuss?
All the poets that were, or the poet that was, Homer. I would ask them to talk to me about how they breathed life into this epic and kept it alive for so long. Also, can the women in this poem get a break?

“We know the world is more than we can sense or experience in one lifetime; stories help expand our boundaries.”

14. Why do you think people need stories?
People need stories the way they need imagination. We know the world is more than we can sense or experience in one lifetime; stories help expand our boundaries.

15. Song plays a major role in The Shadow King as both a narrative theme and formal structure, with “Chorus” and “Interlude” sections woven in with “Chapter” headings. What role does music play in your writing process? Did you have a playlist when writing the book, and if so, what are some recommendations?
While I was revising, and in those early days after I threw away the first draft of TSK, I played outtakes from Glenn Gould’s recordings consistently. I listened to him go through difficult measures again and again, sounding the music aloud, talking to himself, turning himself into a percussive instrument in order to get it right. That inspiration felt like an electric charge on tough days. I went to watch the opera, Aida, several times, read the libretto many times, listened to the arias and imagined Ethiopian contexts as I wrote. My playlist also included Mahmoud Ahmed, Ephrem Tamiru, Anne Gastinel, Bonga, Mina, Sviatoslav Richter, Emahoy Tsegué-Maryam Guèbrou, Sarah Vaughan, Rihanna, Chet Baker, Charles Bradley, Nas, Childish Gambino, so many moods went into this.

Listen to the playlist!

Maaza Mengiste‘s debut novel, Beneath the Lion’s Gaze, was selected by The Guardian as one of the 10 best contemporary African books and named one of the best books of 2010 by Christian Science Monitor, Boston Globe, and other publications. A recipient of a 2018 fellowship from the National Endowment for the Arts, she is also a Fulbright Scholar, a Puterbaugh Fellow, and a runner-up for the Dayton Literary Peace Prize. Her work can be found in The New Yorker, New York Review of Books, Granta, The Guardian, The New York Times, Rolling Stone, and BBC, among other places. She was a writer on the documentary projects, Girl Rising and The Invisible City: Kakuma. Her second novel, The Shadow King, will be published in late 2019. Author photo credit Simon Hurst.

The PEN Ten: An Interview with Author and Translator Stefania Heim

Tributes are pouring in after prominent Tunisian human rights activist and blogger Lina Ben Mhenni, one of the heroes of the 2011 revolution, died in the early hours of Monday from a chronic illness.
https://bit.ly/36ut1Ks

Authorities in the eastern province of Shandong have detained a Hui Muslim poet and author after he tweeted about the incarceration, surveillance, and persecution of Chinese Muslims, both in Xinjiang and across China, @RadioFreeAsia has learned.
https://bit.ly/38JKVuf